During the ComicCon yesterday, Legendary Pictures (a studio which made movies such as "300", "Watchmen", "Dark Knight") has revealed the first image of how the famous 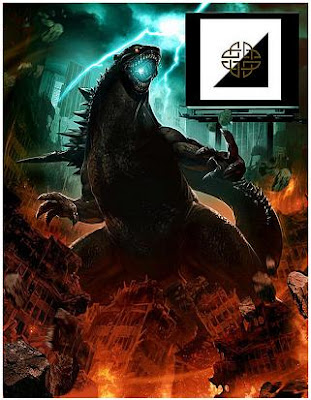 monster Godzilla will look like in a new version of the famous movie which is supposed to come to cinemas sometime in 2012. Check out the green cutie in the first exclusive picture :)

Now if you like to watch music talent shows, this might interest you: you already know that two possible candidates to replace Simon Cowell in "American Idol" jury are two good guys Harry Connick Jr and Chris Isaak, but it seems that another (but a bad) one is lobbying for this role as well: believe it or not it's Donald Trump himself. Meanwhile, over in the UK, Simon Cowell has to find someone to replace Cheryl Cole (a British pop singer better known as a footballer's wife who can't really sing), 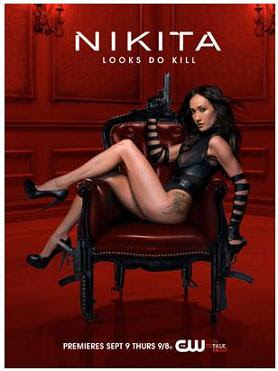 who is recovering from malaria, in the jury for "X Factor". It seems that her place will be taken by the super stunning beauty and amazing singer Nicole Scherzinger.

Something that might excite my boys and I just had to show it to them is the exclusive new poster for the upcoming CW show "Nikita" (a reboot of the old show with Peta Wilson), which shows the main actress Maggie Q all sexy and steamy, which is why the tag-line for the show is "Looks Do Kill". Starting this September with Maggie Q and Shane West, "Nikita" will follow the adventures of a girl which was in her teen years rescued from death row by Division, who faked her execution and told her she was being given a second chance to start a new life and serve her country. Little did she know that she was being trained as a spy and assassin. Check out the teaser for the show as well:
Posted by DEZMOND at 3:13 PM