You didn't think I would let you go without your daily dose of super hero news? Well, first of all 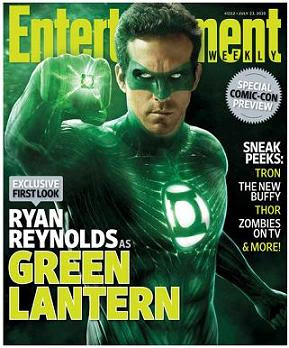 probably the most popular news of the day was the first official picture of Ryan Reynolds as "Green Lantern" which appeared around the Net today. It is actually the cover of the upcoming issue of "Entertain ment Weekly" which shows Ryan for the first time in the truly magnificent and modern "Green Lantern" suit. As you know Ryan plays Hal Jordan, a cocky test pilot who becomes an intergalactic superhero with a power ring which can conjure virtually anything he can dream up, so he uses his will and imagination as superpowers. How do you like the look of his suit??? 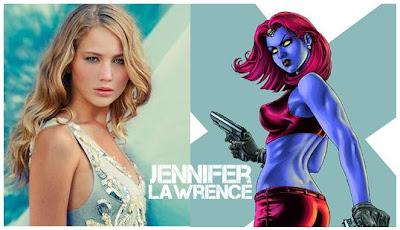 I also have new official updates on "X-Men: First Class" casting: young actress Jennifer Lawrence who got praise for her role this year in indie movie "Winter's Bone" has signed on to play young Mystique who was played marvelously before by stunning Rebecca Romijn in the previous parts of the mutant saga. And the rumor about Kevin Bacon getting a villain role in the same movie has now been officially confirmed - he will really play one of the bad guys in "X-Men: First Class".
Posted by DEZMOND at 9:28 PM