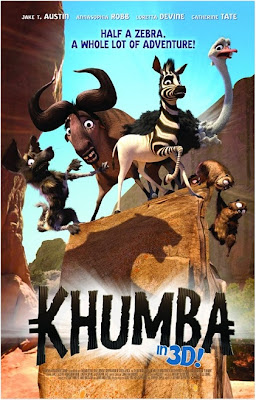 It’s not all black and white for this zebra… he’s going to have to earn his stripes! Now, tell me that isn't just about the cutest line for an animated character! The amazing and deeply creative guys from Triggerfish, the brilliant masterminds of animation from the studio also known as South African Pixar, are ready to bring us another animated adventure after the brilliant success they've scored with their previous film ZAMBEZIA (the highest grossing South African film in last 30 years) which followed a delightful bunch of African birds. This time the talented Triggerfish team is bringing us KHUMBA a half-striped zebra who, rejected by his superstitious herd, embarks on a

daring quest to earn his stripes; but when he discovers a tyrannical leopard on his trail, he must find the courage and self-acceptance to save all the animals of the Great Karoo.


THE STORY OF KHUMBA
A ZEBRA ADVENTURE 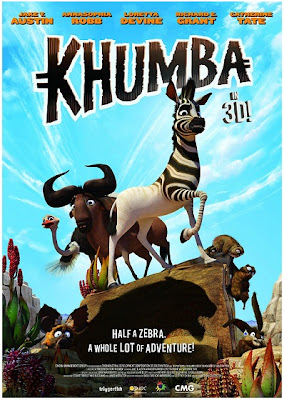 A half-striped zebra is born into an insular, isolated herd obsessed with stripes. Rumours that the strange foal is cursed spread and, before long, he is blamed for the drought that sets into the Great Karoo. Life is not all black and white for Khumba, a young zebra born with only half his stripes so he teams up with a sassy wildebeest and a flamboyant ostrich to find the legendary waterhole where the first zebras got their stripes. On his daring quest across the Great Karoo desert, Khumba meets a host of quirky characters and comes face-to-face with a tyrannical leopard in an epic battle to earn his stripes.
THE CAST OF KHUMBA
LIAM NEESON & LAURENCE FISHBURNE
Directed by brilliant Anthony Silverston, whom we know as the man who wrote and produced Triggerfish's ZAMBEZIA, animated adventure KHUMBA has quite a stellar voice cast. Included in the star

E. Grant as the charming ostrich, Loretta Devine as Mama V, and Disney Channel's superstar Jake T. Austin who lends his voice to the title character, the brave zebra! The $20 million film is being presented 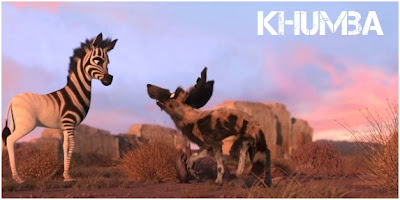 at Cannes and will hit the big screens around the world later during the year.


EXCLUSIVE INTERVIEW WITH
ANTHONY SILVERSTON THE 'KHUMBA' DIRECTOR
Before he flew over to Cannes earlier this week, talented director and an ever so kind and deeply charming gent, Anthony Silverston shared a chat with your HOLLYWOOD SPY.


DEZZ: ANTHONY, TELL US WHERE DID YOU FIND THE IDEA FOR KHUMBA.
ANTHONY: The project begun at a script competition which we won,  and then we continued working on it off and on while working on ZAMBEZIA. Pre-production started end of October 2009 and I haven't stopped since. The inspiration

for the story came from a combination of places, one being the fact there is actually a half-striped zebra known as a Quagga and it is being bred back from extinction in Cape Town. Maybe it was the scientist in me, but the idea fascinated me. It raised a theme of identity - what makes a zebra a zebra? Or as one character in the movie asks, how many stripes make a zebra? I think anyone can relate to a feeling of being different or at least wanting to fit in. There are many themes which the film touches on – all inspired by growing up in South Africa, but ultimately it’s a personal journey about learning to be comfortable in one’s own skin.


DEZZ: THAT SOUNDS LIKE A LOVELY MESSAGE FOR THE VIEWERS OF THE FILM. WAS IT DIFFICULT MAKING THE FILM?
ANTHONY:  Being a quest movie, there were many different sets and with over 40 characters (17 different species) so it was quite a challenge, but it's been an incredible journey of growth making this film and the talented team at Triggerfish all stepped up and surpassed their work on Zambezia.


DEZZ: I HEAR YOU ARE WORKING ON SOMETHING VERY INTERESTING AS A NEW PROJECT, ANTHONY! CAN YOU GIVE SOME SCOOP TO THE SPY?

ANTHONY: We are exploring a number of options for our next feature including a sequel for Zambezia, but we have also been

developing our most ambitious story yet! It is set in a fishing village on the coast of Southern Africa and it features a sea monster.


DEZZ: THAT SOUNDS INTRIGUING, ANTHONY! THANKS FOR THE INTERVIEW AND BEST OF 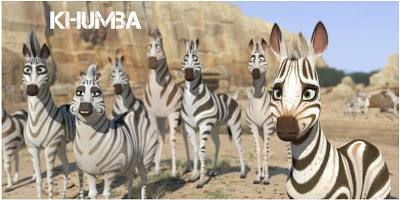 LUCK WITH ALL OF THE AMAZING PROJECTS DOWN AT THE TRIGGERFISH WONDERLAND!