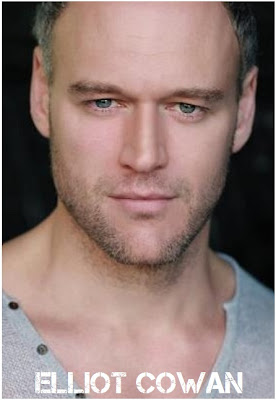 As most of you have noticed HOLLYWOOD SPY has been mentioning brilliant British actor Elliot Cowan a lot in recent few years. Not only because he is such a great actor and a very kind gent whom we consider a friend of our site, but also because he is a creative man. Beside giving terrific performances in some of our favourite epic shows and films, from DA VINCI'S DEMONS, SINBAD, HAMMER OF THE GODS, THE GOLDEN COMPASS, ALEXANDER ... he is also a producer and one of his current projects needs you help and back  up over at Kickstarter: so click on the link to support Elliot's latest film DRECK.


DRECK
BREAK OUT BRITISH SF THRILLER
In 2022, all classes of drugs have been legalised. Drecks are an elite unit created by an over-stretched police force to keep the black market dealers off the streets and the licensed drug companies rich. When Dreck and former addict Frank Grieves is called to investigate an

unidentifiable corpse, he makes a connection to the biggest and most powerful drug company of them all: Ambro. But Ambro have friends in high places and as his corrupt superiors turn on him, Grieves finds himself cut loose by the law and separated from the people he loves. The only way to clear his name is to find the identity of the dead body and its connection to Ambro. But not even Grieves can predict what the future has in store.

Beside HOLLYWOOD SPY's beloved Elliot Cowan in the lead role, the cast also has our other beloved creature Harry Lloyd from GAME OF THRONES, legendary actor Jonathan Pryce (Pirates Of The Caribbean), Elodie Yung (GI Joe: Retaliation), Robert Bathurst (Downton Abbey), Lenora Crichlow (Being Human) and James Callis (Battlestar Galactica). They all need your help to finish the post-production, so click the link and help them!
Posted by DEZMOND at 12:01 AM