'I, FRANKENSTEIN' POSTER
WITH AARON ECKHART 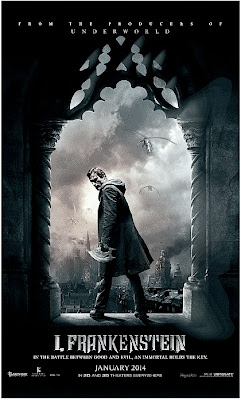 One of your treats today is the first poster for a film we haven't heard much about for a long time but it is ready to open in cinemas next January. I, FRENKENSTEIN stars Aaron Eckhart in the fantasy thriller in which the story is set in a dystopic present where vigilant gargoyles and ferocious demons rage in a battle for ultimate power. Victor Frankenstein's creation Adam (Aaron Eckhart) finds himself caught in the middle as both sides race to discover the secret to his immortality. The monster also encounters other famous movie monsters including the Hunchback of Notre Dame, the Invisible Man, Dracula, Dr. Jekyll and Mr. Hyde plus many more! The story of the centuries old war between two immortal clans also has Bil Nighy, Yvonne Strahovski, Jai Courtney and Miranda Otto in the cast. 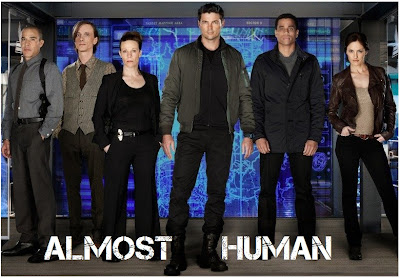 the two stunning hunks won't be alone since divine beauty Minka Kelly (also known as the gorgeous girlfriend of equally gorgeous Chris Evans) will play noble police officer Valerie Stahl! Focusing on humans vs technology, the show will have lots of mesmerizing visuals and landscapes!

Ichabod Crane (British star Tom Mison) as he is 'time-warped' from the Revolutionary War to the present, where he must thwart his returning foe, the Headless Horseman. Ichabod Crane wakes up from the throes of death 250 years in the future to find the world on the 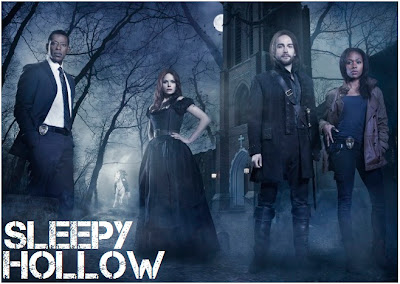 brink of destruction and learn he is humanity's only hope. The new situation is forcing him to team up with a contemporary police officer (Nicole Beharie) to unravel a mystery that dates back to the founding fathers.
Posted by DEZMOND at 12:00 AM

I really like the premise of the Sleepy Hollow series.

Hope all is well with you! Back in Chicago. Nice for a change.

I, Frank... it's got my love Yvonne Strahovski, yums... Sleepy Hollow, I know I am already going to be a fan.

could be million times better, but I'm used to life always treating me rough, thanks for asking :)

pffttt ... nobody seems to like ALMOST HUMAN, and that one is going to be the biggest hit of the new season :)

sorry i skipped that whole section... not sure why, maybe wanted to be the first to post on my girl yvonne? though if i could look like anyone it's urban... that does look pretty cool too.

Great poster. Love Karl's new show, though I can't stand Minka Kelly. She can't act so she is nothing, but arm candy. And you extol her virtues all the time, she has none. LOL

Almost Human doesn't quite do it for me. But Sleepy Hollow, now that's more my cuppa. And yeah, partly for the sexy lead actor nom nom nom. But also for the storyline. Lot's of room for fun with that one.

you have lovely Minka Kelley too, there beside my dear Karlito Urbanito!

she's perdy :P you can't deny her that, although we should probably despise her since she nabbed our dear Kiss Evans :((((

so it would seem

Tom Mison is a rather lovely gent, glad he got a lead role. I love it when they give lead roles to British, Oz and Irish actors since those are the only ones with real talent :)

I don't think she's pretty at all. Sofia Vergara and Catherine Zeta Jones are pretty, gorgeous, even, but not her. Not to me, anyway. Plus, yes, what is Kiss doing with her?!

Ichabod is gonna KICK ASS this time around!

he does seem a bit angry :)

fingers crossed, but I'd watch him in anything!

I liked him in EXCUSE ME FOR SMOKING

I think I saw that but I'm not for sure. But everything I have seen him in, I liked. So I'm excited to see him to this role.