INTO THE WOODS GETS
CHRIS PINE & JAKE GYLLENHAAL
I've recently told you that Rob Marshall (CHICAGO, MEMOIRS OF A GEISHA) is planning to helm Disney's movie adaptation of Broadway musical INTO THE WOODS which will have Meryl Streep as a witch and Johnny Depp as a wolf in the lead roles. Now, according to "The Hollywood Reporter" Chris Pine and Jake Gyllenhaal are in negotiations to join them as well! Mixing different fairy tales the story follows a baker and his wife who are trying to lift a curse put on their family by travelling into the woods to confront the witch that cast the spell upon them.  Along the way they meet a group of iconic characters such as Rapunzel, Cinderella and Little Red Riding Hood. Chris Pine and Gyllenhaal would play Cinderella's and Rapunzel's princes. 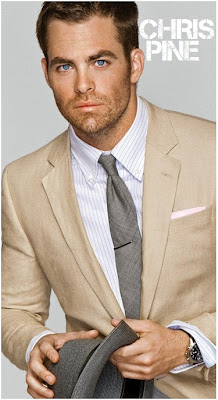 Speaking of Chris Pine, whose STAR TREK INTO DARKNESS is already playing in cinemas around the world and hits US cinemas this weekend, will also appear next to another brilliant actor Patrick Wilson in STRETCH. His role is kept under wraps, but Patrick himself will play a down-on-his-luck chauffeur looking to relieve his debt by driving around a mysterious billionaire who drags him to hell and back.
ANNE HATHAWAY IN
SONG ONE
And it seems that after LES MISERABLES and a few darker roles, Anne Hathaway is returning to romantic drama: according to "Deadline" she will take the lead in SONG ONE,  a story about a young woman who strikes up a relationship with her ailing brother’s favorite musician.


'ABOUT TIME' TRAILER WITH
DOMHNALL GLEESON & RACHEL MCADAMS
Well, it seems that Rachel McAdams (I myself mostly cannot digest her wimpy acting) really has a thing for hot hunks who have ability to travel through dimensions. After being married 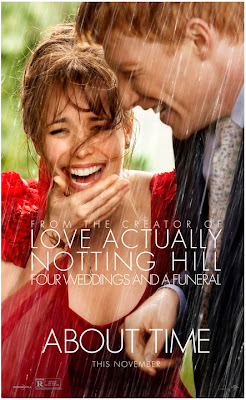 to time traveller Eric Bana in TIME TRAVELLER'S WIFE, you can now also watch her in the first trailer for ABOUT TIME in which young Tim Lake (Brendan's charismatic son Domhnall Gleeson) makes a startling discovery: Upon turning 21 years of age, Tim is told by his father (Bill Nighy) that all the men in his family have the ability to travel through time. While he can't change events in world history, he can alter what has happened in his own life, so he decides to use this gift to find a girlfriend. When he meets the insecure Mary (Rachel McAdams), they fall in love, only to have a time-travel mishap completely erase their first meeting, causing Tim to try and make her fall for him again and again. The movie opens this November and is directed by brilliant Richard Curtis who gave us LOVE ACTUALLY and NOTTING HILL!
Posted by DEZMOND at 12:00 AM