In breaking news today, here is the long anticipated trailer for science fiction sequel RIDDICK starring action superstar Vin Diesel and brilliant Karl Urban. The new movie in the sf saga will be more in the vein of gritty 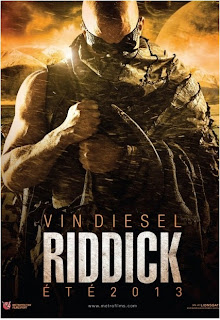 PITCH DARK than the spectacular space opera CHRONICLES OF RIDDICK!


RIDDICK IS LOST
ON AN ALIEN PLANET
Opening in cinemas this September the film will see the infamous RIDDICK left for dead on a sun-scorched planet that appears to be lifeless. Soon, however, he finds himself fighting for survival against alien predators more lethal than any human he's encountered. The only way off is for Riddick to activate an emergency beacon and alert mercenaries who rapidly descend to the planet in search of their bounty.The film also has stunning rnb dive Keri Hilson in the cast!
Posted by DEZMOND at 12:01 AM