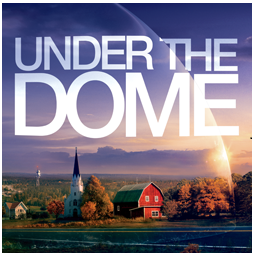 Most of your favourite shows are currently having season finales and it means the summer with nothing interesting on TV is around the corner. But do not despair, beside new epic show THE WHITE QUEEN which hits BBC this June and Starz in August, you will also watch brand new science fiction mystery show UNDER THE DOME over at CBS. Based on Stephen King's book, the new show should start its 13 episode run from Monday June 24th!


THE DOME STORY
FAITH, FEAR & FASCISM
Set in the not too distant future, UNDER THE DOME tells the story of the residents of the small town of Chester's Mill, Maine, who suddenly find themselves cut off from the rest of the world by a mysterious, impenetrable barrier that unexpectedly falls down from nowhere 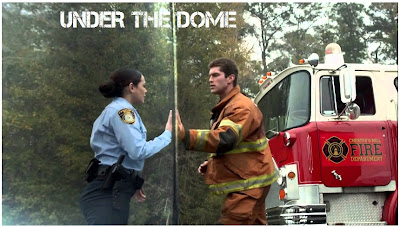 surrounding the town. As the town begins to tear itself apart through panic, a small group of people attempt to maintain peace and order while also trying to uncover the truth behind the barrier and how to 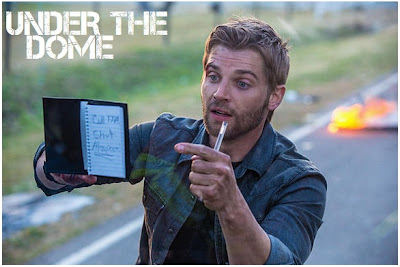 escape from it. Faced with the new situation, the people of Chester's Mill will first experience faith, then fear and then fascism since everything will go wrong under the dome and they will need an iron fist to bring them order!


THE DOME CAST
MIKE VOGEL & RACHELLE LEFEVRE
Mike Vogel plays Dale "Barbie" Barbara, an Army veteran in town on a mysterious mission. Rachelle Lefevre is Julia, an investigative reporter who takes an interest in Barbie. Colin Ford is Joe, a smart teenager whose parents are trapped outside the barrier. Natalie 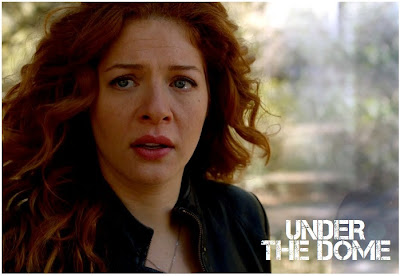 Martinez is Deputy Linda, a loyal and ambitious sheriff's deputy. Ned Bellamy is Rev. Lester Coggins. Dean Norris is James "Big Jim" Rennie, politician and owner of Jim Rennie's Used Cars, who seeks to use the dome as a way to gain control of Chester's Mill. Alexander 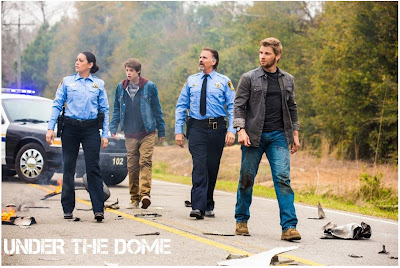 contact with the outside world. Aisha Hinds is Carolyn Hill, a Los Angeles entertainment attorney who is trapped in the town with her partner and teenage daughter. Jeff Fahey is Howard "Duke" Perkins, chief of the police department.
Posted by DEZMOND at 12:00 AM