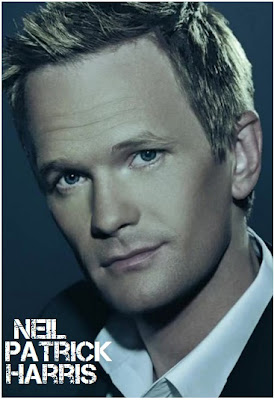 ensemble of A MILLION WAYS TO DIE IN THE WEST which already included Seth Macfarlane, Charlize Theron, Amanda Seyfried, Liam Neeson, Giovanni Ribisi! Macfarlane plays a cowardly sheep farmer who backs out of a gunfight and after that his fickle girlfriend (Seyfried) leaves him for another man. When a mysterious and beautiful woman (Theron) rides into town, she helps him find his courage and they begin to fall in love. But when her husband, a notorious outlaw (Neeson), arrives seeking revenge, the farmer must put his newfound courage to the test.


SAOIRSE RONAN IS
SCARLET WITCH IN AVENGERS 2?
According to fresh rumours around the web, Saoirse Ronan is wanted for the role of Scarlet Witch in AVENGERS 2! Marvel Studios are apparently already using her as a prototype for the character also known as Wanda Maximoff who will, at least if we can believe 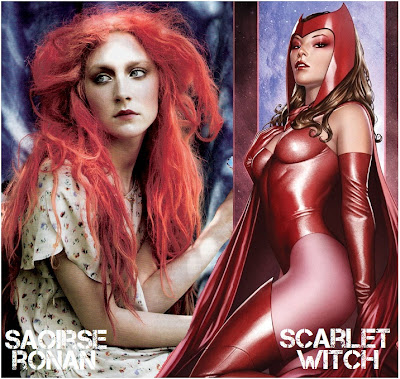 the hint that director Joss Wedon recently gave, appear in the superhero flick sequel together with her brother Quicksilver! The studio currently has problems since most of the original cast members want bigger salaries given the fact that the first film was one of the biggest blockbusters in history. 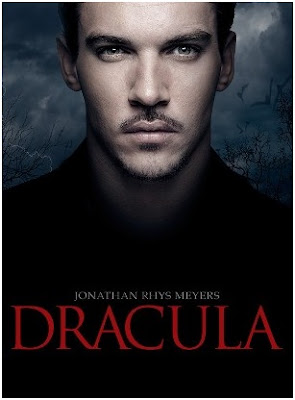 Some things never die - that's what the first stunning trailer for NBC's new epic show DRACULA says! The ten episode series will start airing Fridays this Fall starring Jonathan Rhys Meyers as Dracula who arrives in London as businessman Alan Grayson, where he poses as an American entrepreneur. In reality, Dracula hopes to wreak revenge on the people who ruined his life centuries earlier. There's only one circumstance that can potentially thwart his plan: he's fallen hopelessly in love with a woman who appears to be the reincarnation of his dead 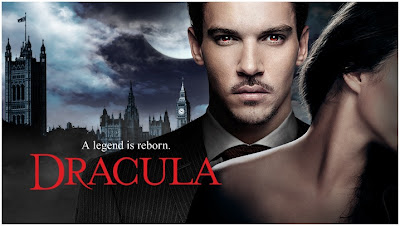 wife. The cast also includes MERLIN'S Katie McGrath as Lucy Westenra, a London socialite who is friends with DRACULA's love Mina Murray - to be played by Arrow's Jessica De Gouw! Mina is forward-thinking, clever and independent, the only female studying 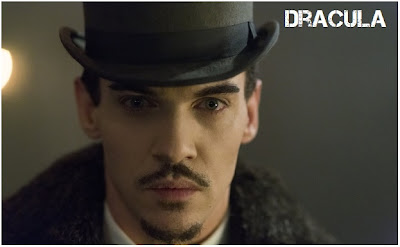 medicine at London's 19th century University College. Nonso Anozie from GAME OF THRONES is another addition to the cast and will appear as Renfield, the loyal accomplice of Dracula. Victoria Smurfit will play the lithe and beautiful Lady Jayne who is instantly attracted to 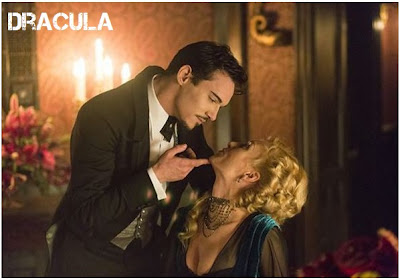 Alan Grayson and pursues him! German star Tomas Kretschmann is Van Helsing, a brilliant professor with a cool exterior who is obsessed with revenge which makes him more of a threat to the public than to Dracula. Dashing Oliver Jackson Cohen, whom we've seen recently 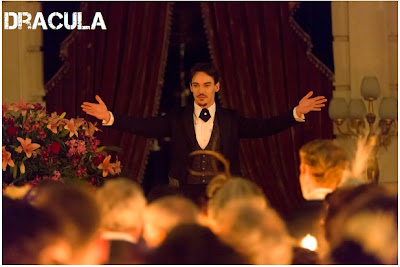 in WORLD WITHOUT END series, plays Jonathan Harker, a tenacious journalist desperate to climb the ranks of aristocracy and stay there! The fact that this is on NBC and not HBO, Showtime or Starz, means there probably won't be any sweet nudity in the show :((((
Posted by DEZMOND at 12:00 AM