CELINE DION TO SING FOR "THE MUPPETS... AGAIN!" EVAN PETERS IS QUICKSILVER IN "X MEN DAYS OF FUTURE PAST"! ROSAMUND PIKE & SHILOH FERNANDEZ IN "RETURN TO SENDER"!

CELINE DION TO SING FOR
"THE MUPPETS ... AGAIN!" SEQUEL
I've recently told you how I like the returning trend of big music stars singing promotional songs for blockbuster movies, and after we've recently seen Adele singing for SKYFALL, Leona Lewis for AVATAR, Mariah Carey for OZ GREAT AND POWERFUL and now Beyonce singing "Rise Up" for EPIC, the biggest pop star in history Celine Dion will again sing a movie song after her glorious success with "My Heart Will Go On" for TITANIC. She will now sing a theme song for MUPPETS ...AGAIN! Her song "Something So Right" will appear in next year's sequel in which Miss Piggy, Animal and the company will get caught up with a diamond thief called Constantine (played by British comedian Ricky Gervais) - a doppelgänger for Kermit - while on their world tour. Celine Dion is currently finishing her 25th album to be titled WATER AND A FLAME and she is also continuing her residence in Las Vegas where she is to sing in her own palace till 2019 for a head spinning salary! Her previous three year contract with Caesars Palace (which built Coloseum Theatre just for her) was apparently worth $100 million! 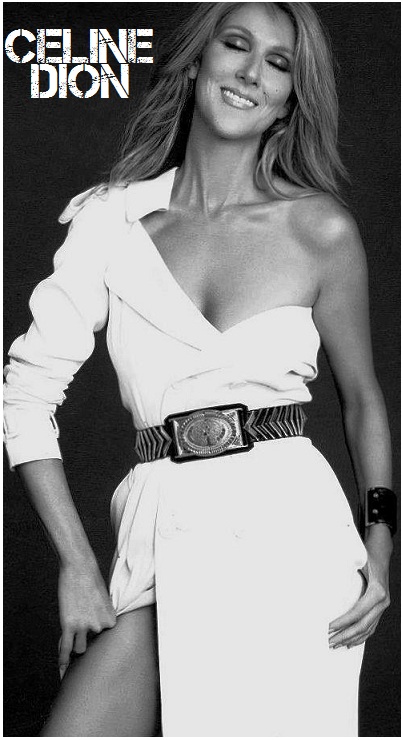 EVAN PETERS IS QUICKSILVER
IN X MEN DAYS OF FUTURE PAST

And while we have rumours that Saoirse Ronan might join AVENGERS 2 playing Scarlet Witch in Joss Whedon's sequel, X-MEN: DAYS OF FUTURE PAST has stolen Scarlet's brother Quicksilver for their own superhero gallery. In Bryan Singer's film he will be played by Evan Peters from AMERICAN HORROR STORY! This complicates things a lot since Whedon has announced recently that both Scarlet and her twin brother Quicksilver will appear in AVENGERS 2 but it seems that Fox who is producing X-MEN has the rights on those two characters. They can apparently appear in AVENGERS but under their real names Pietro and Wanda Maximoff and cannot be portrayed as mutants! Quicksilver is Magneto's son, who has the power of super-human speed. X-MEN DAYS OF FUTURE PAST stars James McAvoy, Michael Fassbender, Ian McKellen, Patrick Stewart, Jennifer Lawrence, Nicholas Hoult and Hugh Jackman!

RETURN TO SENDER THRILLER
British actress Rosamund Pike, whom we've seen as queen Andromeda in WRATH OF THE TITANS epic, has joined new thriller RETURN TO SENDER which already has Shiloh Fernandez and Nick Nolte in the cast.  The story follows a small town nurse (Rosamund Pike) who goes on a blind date with a mysterious man (Shiloh Fernandez), and suffers a life-altering event shortly thereafter. Nick Nolte plays her father. We shall watch Pike next year in HECTOR AND THE SEARCH FOR HAPPINESS about a psychiatrist who searches the globe to find the secret of happiness. That one has a stellar cast: Toni Collette, Christopher Plummer, Simon Pegg, Jean Reno! She will again star with Toni Collette and also with Pierce Brosnan, Imogen Poots, Sam Neill and Aaron Paul in A LONG WAY DOWN which follows four people who meet on New Year's Eve while trying to commit suicides and form a surrogate family to help one another weather the difficulties of their lives.
Posted by DEZMOND at 12:00 AM