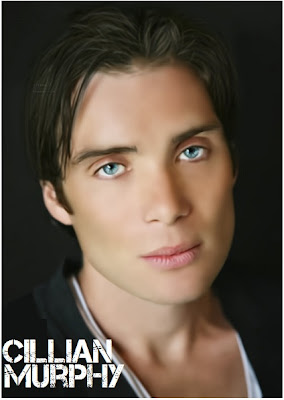 Yet another movie star to move to the TV world is Irish actor Cillian Murphy (THE WIND THAT SHAKES THE BARLEY, BREAKFAST ON PLUTO, IN TIME) who will take the lead role in BBC's drama PEAKY BLINDERS. The six-part gangster drama follows ruthless mobster Tommy (Murphy), whose family control the "lawless post-war slum neighbourhoods" of Birmingham in 1919. Tommy's family are known as the 'Peaky Blinders' due to their practice of sewing razor blades into the peaks of their caps. The plot unwinds when a cop challenges his rule.


ONCE UPON A TIME UPDATE
After casting TEEN WOLF's Sinqua Walls as sir Lancelot, SUCKER PUNCH's Jamie Chung as Mulan, Sarah Bolger as the Sleeping 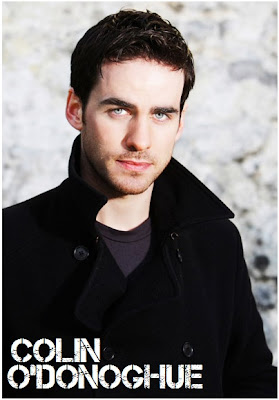 Beauty or princess Aurora, and PRETTY LITTLE LIARS' Julian Morris as her prince Phillip, fantasy show ONCE UPON A TIME has signed Colin O'Donoghue as Captain Hook. The Irish actor was seen in THE TUDORS next to the above mentioned Sarah Bolger, and he was also one of the contenders for the new Superman. ABC worldwide hit show will see the characters combining their two natures, the fairy tale and the realistic one, in the new fight for their destinies when the second season starts this Autumn.


SF CONTINUUM
The only trailer I have for you today is for Canadian sf series CONTINUUM which is aired at Showcase. The show has gorgeous Rachel Nichols (CONAN THE BARBARIAN, GI JOE) fighting for the future of humanity. The story follows Kiera Cameron (Nichols),

a regular cop from 65 years in the future who finds herself trapped in present day Vancouver. There she realizes that the key to her return ticket home lies in the hands of a group of ruthless terrorists who 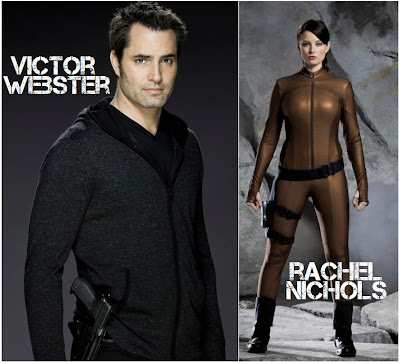 travelled back in time alongside her in an effort to alter the course of the future forever. The cast of the ten episode show also includes hunky Victor Webster from THE SCORPION KING.
Posted by DEZMOND at 12:00 AM