Well, my people, we've recently established that this has been a rather sf year when it comes to films, and that trend will continue in September too. Here are some of the sf movies coming out next month. 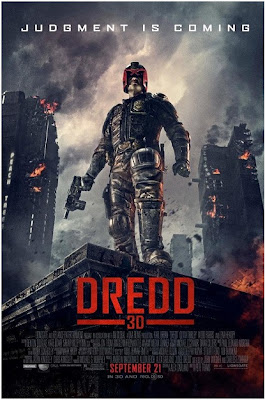 JUDGE DREDD
Definitely the sf film of the month is the long awaited remake of science fiction classic JUDGE DREDD. The exciting action movie, coming to cinemas September 21st,  will take us to futuristic America which became irradiated waste land. On its East Coast, running from Boston to Washington DC, lies Mega City One- a vast, violent metropolis where criminals rule the chaotic streets. The only force of order lies with the urban cops called "Judges" who possess the combined powers of judge, jury and instant executioner. Known and feared throughout the city, Dredd (Karl Urban) is the ultimate Judge, challenged with ridding the city of its latest scourge -- a dangerous drug epidemic that has users of 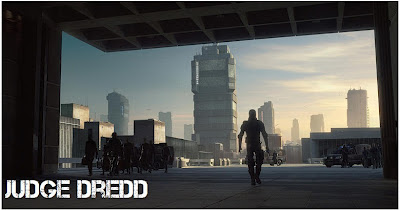 "Slo-Mo"  experiencing reality at a fraction of its normal speed. During a routine day on the job, Dredd is assigned to train and evaluate Cassandra Anderson (Olivia Thirlby), a rookie with powerful psychic abilities thanks to a genetic mutation. A heinous crime calls them to a neighborhood where fellow Judges rarely dare to venture- a 200 story 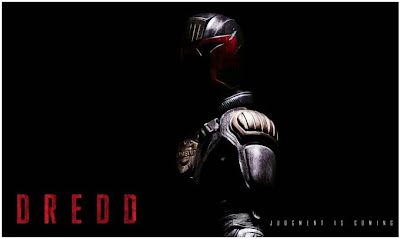 vertical slum controlled by prostitute turned drug lord Ma-Ma (Lena Headey) and her ruthless clan. When they capture one of the clan's inner circle, Ma-Ma overtakes the compound's control center and wages a dirty, vicious war against the Judges that proves she will stop at nothing to protect her empire. With the body count climbing and no way out, Dredd and Anderson must confront the odds and engage in the relentless battle for their survival.

BRANDED
Now, here is a rather strange but extremely interesting trailer: the clip for BRANDED, a sf flick which hits cinemas this September 7th starring Ed Stoppard, Leelee Sobieski, Jeffrey Tambor and Max 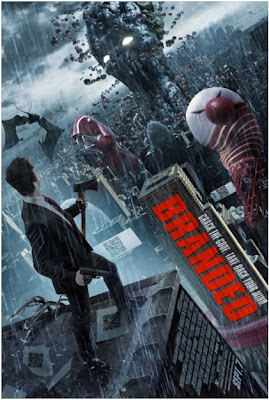 von Sydow. After Misha skyrockets to the top of the advertising business, a tragic mishap on the set of one of his productions torpedoes his career and he retreats into self-imposed exile. Ten years later, Misha returns to a radically changed world and finds himself plagued by visions of bizarre and terrifying creatures with the ability to influence people’s thoughts, desires and actions. Creatures only he can see. He soon realizes the creatures are part of a clandestine campaign unleashed by a rival advertising agency to make “fat the new fabulous” and create a new era of uncontrolled consumer appetite. In order to save mankind, Misha uses his own considerable marketing skills to launch an ingenious plan to try to eradicate the plague. But the corporate legions will not go down without a fight.
Posted by DEZMOND at 12:00 AM