Amazing news for all you historical dramas fans! "Deadline" reports today that after seeing the amazing Shekhar Kapur's saga

about ELIZABETH I with Cate Blanchett we shall see the story of MARY QUEEN OF SCOTS on film too!  It's not surprising that it will be produced by legendary Michael Hirst who wrote ELIZABETH THE GOLDEN AGE and THE TUDORS. He also wrote the screenplay for the film on the Scottish queen and is currently looking for a director. But he has already found his actress: Saoirse Ronan will play Mary who was crowned the Queen of Scotland before her first birthday. Her first husband also became the King of France, making her the queen consort in 1559. Her reign went downhill from there, after marrying her first cousin before he was murdered. She then married the man accused of killing her former husband, which caused an uprising that resulted in her imprisonment. She was executed at the age of 18, for her alleged part in an assassination attempt on England's Queen Elizabeth I, Mary's cousin. 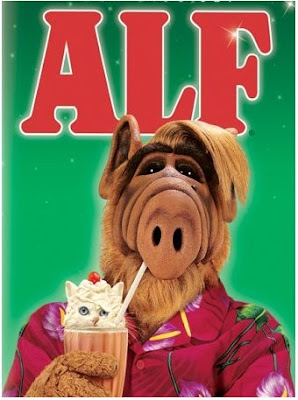 I've mentioned this project a year or so ago, but it seems the movie adaptation of famous 80's sitcom ALF is now going ahead again: according to "Heat Vision" it will be produced by THE SMURFS producer and by the original creators of the show which followed the suburban Tanner family, who find a furry alien from the planet Melmac that crash landed in their garage. The Tanners take in the extraterrestrial, who has a penchant for eating cats and cracking wise. The title is an acronym for Alien Life Form. 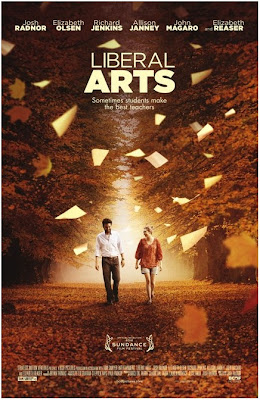 LIBERAL ARTS in which two adorable people Elizabeth Olsen and HOW I MET YOUR MOTHER's Josh Radnor play an unusual couple. Radnor plays a thirty-something Jesse who is invited back to his alma mater, where he falls for a young 19-year-old college student and is faced with the powerful attraction that springs up between them.He has to conquer the age difference and his inner fears. It is interesting that the film was both written and directed by Radnor himself. Check out the clip. The film is out September 14th.
Posted by DEZMOND at 12:00 AM