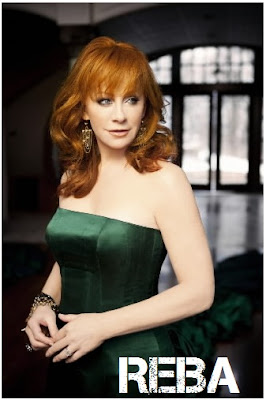 COUNTRY. On her way to becoming a country star herself, Reba put her career on hold to raise a family. Husband Bobby always emphasized family values in his music, but with the very public discovery of his numerous affairs, Reba decides to not stand by her man. Now, with a divorce pending, Reba packs up her sharp-tongued southern mother, Lillie Mae (Lily Tomlin), and her two kids and U-Hauls it straight to sunny California to begin a new chapter in life. Leaving Nashville in the rear view mirror, they start over at their Malibu residence - the last remaining asset they have, and Bobby’s former secret love nest. Once the most popular boy 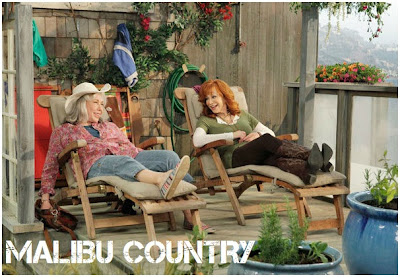 in his Nashville high school, Reba’s teenaged son, Cash, finds himself feeling positively average compared to the good looking, affluent Malibu boys - a fate worse than death! On the other hand, Reba’s teen daughter, June (Juliette Angelo), never really fit in with her peers. In Malibu she blends in perfectly and finds a new best friend in Sage, an openly 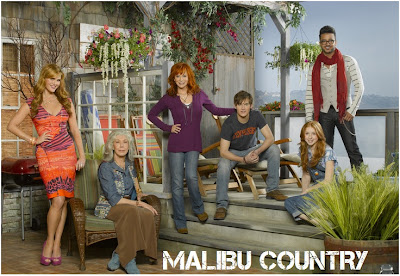 gay neighborhood boy who embraces his sexuality. Tough-as-nails mom Lillie Mae discovers the serenity of Southern California living and fully embraces her new laid-back, relaxed lifestyle. But Reba learns that relocating to Malibu is going to be quite a challenge to her traditional 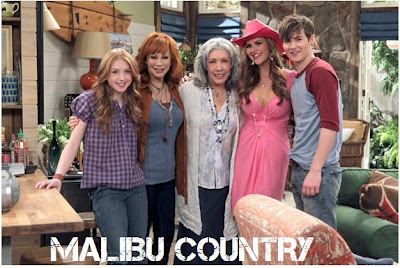 southern values. The West Coast seems like the polar opposite of Music City, and she feels like an outsider. Her gregarious and very liberal new neighbor and Sage’s stepmother, Kim (Sara Rue), doesn’t have many friends and immediately attaches herself to Reba, enthusiastically offering to mentor her in becoming a little less country a bit more California cool. When Reba discovers that trying to revive her career is going to be an uphill battle, she befriends Geoffrey (Jai Rodriguez), the assistant to her new music agent. With his help and unorthodox methods, she might yet have a chance to become a chart topper. Still, in the end it’s family that matters most to Reba, as each member of hers learns to view this new Malibu lifestyle as a chance to begin anew.


THE NEIGHBORS
Meet the Weavers, Debbie (Jami Gertz) and Marty (Lenny Venito). Marty, in hopes of providing a better life for his wife and three kids, recently bought a home in Hidden Hills, a gated New Jersey townhome community with its own golf course. Hidden Hills is so exclusive that a house hasn't come on the market in 10 years. But one finally did and the 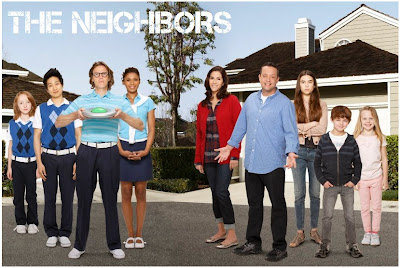 Weavers got it! It's clear from day one that the residents of Hidden Hills are a little different. For starters, their new neighbors all have pro-athlete names like Reggie Jackson (Tim Jo), Jackie Joyner-Kersee (Toks Olagundoye), Dick Butkis (Ian Patrick) and Larry Bird (Simon Templeman). Over dinner, Marty and his family discover that their neighbors receive nourishment through their eyes by reading 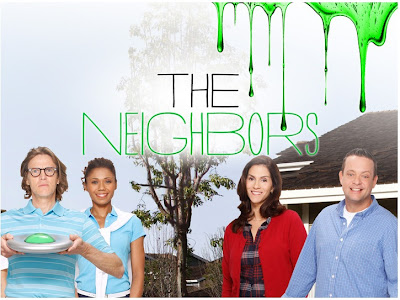 books, rather than eating. The Weavers soon learn that the entire community is comprised of aliens from Zabvron, where the men bear children and everyone cries green goo from their ears.The Zabvronians have been stationed on Earth for the past 10 years, disguised as humans, awaiting instructions from home, and the Weavers are the first humans they've had the opportunity to know. As it turns out, the pressures of marriage and parenthood are not exclusive to planet Earth. Two worlds will collide with hilarious consequences as everyone discovers they can "totally relate" and learn a lot from each other.
Posted by DEZMOND at 12:00 AM