According to "The Hollywood Reporter", young Lucas Till, whom we've watched in X-MEN: FIRST CLASS as Havoc, has got the lead 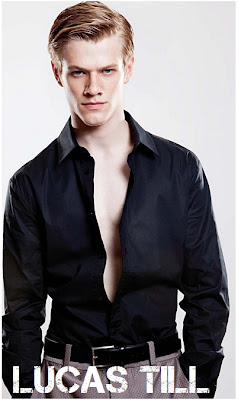 role in WOLVES, a fantasy action written by David Hayter, who wrote the scripts for X-MEN, WATCHMEN, THE SCORPION KING, and will now have a directorial debut. Lucas Till, who is currently working on PARANOIA with Liam Hemsworth, Gary Oldman and Harrison Ford, will play a young man who transforms into a werewolf after he is falsely accused of murdering his parents. He goes on the run and discovers a small town named Lupine Ridge, where he discovers secrets about his true identity. 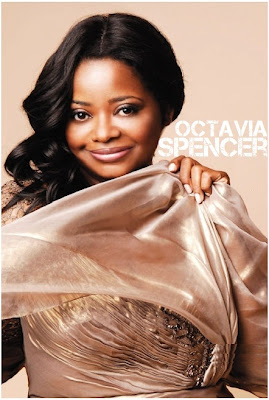 Moore, a single flight attendant who is the oldest, unmarried woman in her family. She goes on a cross-country trek to find a husband in 30 days, before her younger sister gets hitched. As you remember, Octavia will also be seen in SNOW PIERCER next to Chris Evans, Jamie Bell and Tilda Swinton, in which the story takes place aboard the titular train as it travels around the apocalyptic ice setting in an endless circle, filled with the remnants of humanity after a devastating war. There are separate sections for the separate classes, and obviously all is not harmonious within.


THE DARK TOWER
Some of you have recently asked me what is going onex production (it was supposed to have three films a with the doomed movie adaptation of Stephen King's THE DARK TOWER sf saga which was cancelled due to money problems and overly complnd two TV show seasons in between). Javier Bardem has left the project and the lead 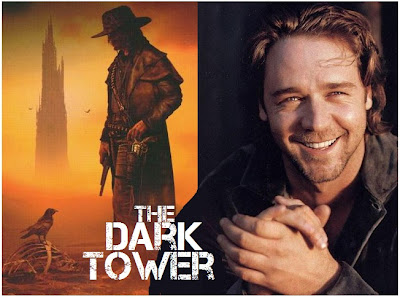 role, but according to today's news from "Deadline" Akiwa Goldsman is about to turn in the new script to the studio who will decide what to do with the project after they hear whether the new choice for the lead role, Russell Crowe, is interested in taking the gig. The sf saga follows Roland Deschain, the last in a long line of futuristic gunfighters, who journeys to The Dark Tower in a last-ditch effort to save humanity.
Posted by DEZMOND at 12:00 AM