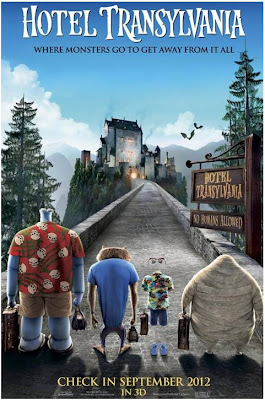 Definitely one of the cutest and funniest animated films that await us till the end of the year is hilarious and super charming Sony Pictures Animation movie HOTEL TRANSYLVANIA which is ready to open up in cinemas September 28th directed by Genndy Tartakovsky who previously worked on animated TV series SAMURAI JACK and DEXTER'S LABORATORY and this will be his first feature film.

TRANSYLVANIAN STORY
Welcome to the HOTEL TRANSYLVANIA, Dracula's (Adam Sandler) lavish five-stake resort, where monsters and their families can live it up, free from meddling from the human world. But here's a little 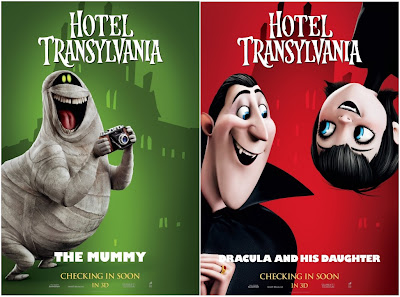 known fact about Dracula: he is not only the Prince of Darkness; he is also a dad. Over-protective of his teen-aged daughter, Mavis, Dracula fabricates tales of elaborate dangers to dissuade her adventurous spirit. As a haven for Mavis, he opens the HOTEL TRANSYLVANIA, where his daughter and some of the world's most famous monsters – 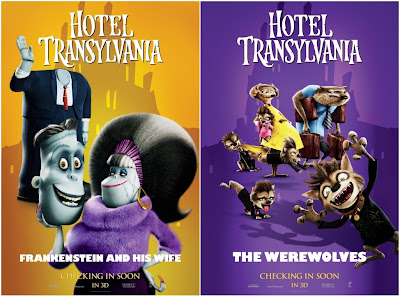 Frankenstein and his bride, the Mummy, the Invisible Man, a family of werewolves, and more – can kick back in safety and peace. For Drac, catering to all of these legendary monsters is no problem – but his world could come crashing down when one ordinary guy stumbles on the hotel and takes a shine to his teen-aged daughter Mavis! 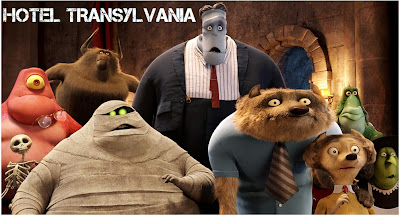 TRANSYLVANIAN CAST
The proud owner of the HOTEL TRANSYLVANIA and the proud father of a teen-aged daughter, Dracula is played by Adam Sandler who is hilarious with his Romanian accent, Johnnystein, a 21 year-old 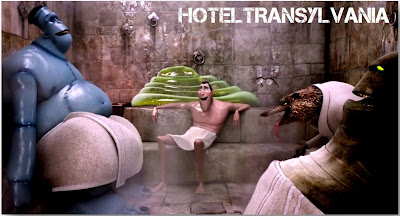 regular guy who falls in love with Mavis is played by Andy Samberg, Mavis, a 118 year old Dracula's daughter borrows her voice from pop star Selena Gomez (she replaced Disney star Miley Cyrus after she 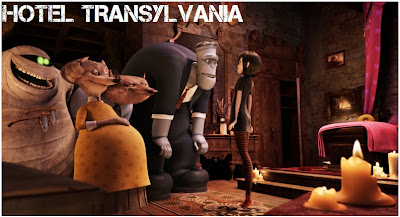 went on to do some other projects), Frankenstein's wife Eunice shares her signature outfits and her very nasal voice with always amazing Fran Drescher, her stiff husband Frankenstein is played by Kevin James, Werewolf who has a whole pack of mischievous kids is played by Steve 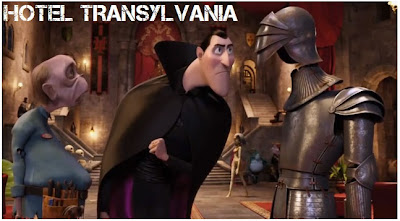 Buscemi, The Invisible Man gets his voice from David Spade, Jon Lovitz plays Quasimodo, the former hunchback of Notre Dame, now a gourmet chef who is always accompanied by his pet rat, Esmeralda, hip hop star Cee Lo Green lends his voice to Murray the Mummy!
Posted by DEZMOND at 12:00 AM