Now, if you read HOLLYWOOD SPY regularly you already know that Wentworth Miller isn't only an actor, but also a writer whose scripts are getting made into films. One of his new gigs is writing a script for the movie adaptation of THE STORY OF EDGAR SAWTELLE bestseller written by David Wroblewski. The Hamlet like story follows a mute young boy whose parents are dog breeders who has to run away from home following his father's mysterious death, and hatch a plot to expose his uncle as the murderer. It is interesting that the film will be produced by Oprah Winfrey and Tom Hanks. When it comes to acting, Wenty will appear this year next to equally amazing Karl Urban and James Marsden in THE LOFT, about businessmen who share a secret loft where they take their lovers, but the things get complicated when a dead girl is found there.


HOLLYWOOD SPY HEADLINES
Ah, don't you just love how many new epic shows we're getting in the near future? NBC has decided to jump on this train and give us some

CLEOPATRA. According to "Deadline" they have ordered a pilot for the period set series on legendary Egyptian queen which is described as an epic romance that takes place in a world of sorcery, gods and monsters. The characters of Mark Antony and Julius Caesar will also appear in the potential series, which will follow Cleopatra as she unleashes a terrible curse to win back her throne. Good news also come from SNOW WHITE AND THE HUNTSMAN sequel which has just fired that horrid Kristen Stewart and is now focusing on making the sequel a spin-off which would actually focus on Chris Hemsworth's huntsman! That was actually the original plan as well, but her cheating scandal has fast-tracked the idea.


LONG WAY DOWN
And more news on our favourite TV stars: amazingly charismatic Aaron Paul from 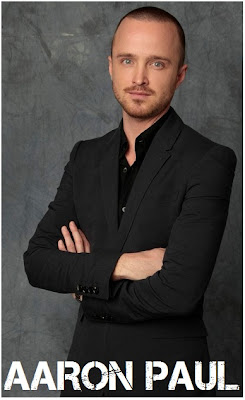 BREAKING BAD has joined a stellar cast including Toni Collette, Pierce Brosnan and Imogene Poots in LONG WAY DOWN. As I've told you before this big-screen adaptation of British author Nick Hornby's 2005 novel revolves around four strangers who happen to cross paths atop a tall building in London on New Year's Eve as each attempts to commit suicide, but their meeting ends their plans and they eventually become friends. Brosnan plays a television talk show host, Collette is a single mother who has to raise her disabled son, Poots is a teenage girl, while Paul will play a pizza delivery man.
Posted by DEZMOND at 12:00 AM