RYAN REYNOLDS WILL WEAR A CG SUIT IN "GREEN LANTERN"

Eh, so the latest news is that Ryan Reynolds will not have to sweat his muscles under a tight rubber "monster of a super hero suit", since the costume he will be wearing in "Green Lantern" is going to be a CG one. Some sources say that Ryan will use a gray tracking motion/performance capture suit with led lights to make this happen. 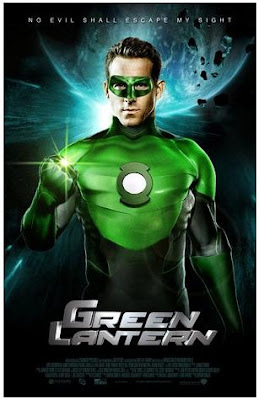 "Green Lantern's" costume designer Ngila Dickson (won an Oscar for "The Lord Of The Rings: The Return of The King") was given a task to make a suit that would be different from the other superheroes spandex suit designs we've seen in the past. The "Green Lantern" suit is something that should look alien, it needs to seem other worldly. It encompasses any creature that wears the ring, and Hal Jordan is the first human to ever wear the suit. This was a chance for Dickson to do something different and plus Hal Jordan changes 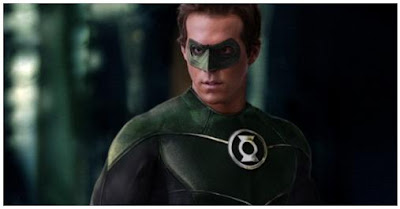 into the suit multiple times in mid scene, and the CG also allows him to do that. According to the same sources when the CG is complete, the suit will look like a manifestation of his power.
Posted by DEZMOND at 9:19 PM

And just think the original "Green Hornet" on TV only wore a mask. This Green Lantern should be interesting.

Masy, GREEN HORNET and GREEN LANTERN are to different heroes, but yes, HORNET doesn't really have a nice costume, as far as I remember, and it is also being into a movie with Seth Rogen.

P.S. Dezmond, you have an award over at my place.

Seems like a lot of work for the computer guys...
Looking forward to this one!

huh. interesting.
I hope we get to see him with his shirt off...

@Dawn
I shall come to the award ceremony immediately :)

@Falen
we shall keep our fingers crossed for you :)

Who the hell is that walking around nude!?

But why is he nude!?

He's not, his clothes just won't be there until post production.

Eh, Univarn, and now you've just sent thousands of girls and boys rushing to the GREEN LANTERN sets. If some chaos explodes there, you will be the one to blame!

This is a great idea if they do it right since a CGI costume could give him an alien otherworldy appearance. That fan poster is great BTW. "No evil shall escape my sight." Love it.

Yep, it seems that fans were anxious about GREEN LANTERN being made into a movie, so there are some really cool fan posters around the net :))