COLUMBIA TAKES OVER THE ADAPTATION OF "MAXIMUM RIDE"

According to "Movieweb" Universal has took over the adaptation of the bestselling James Patterson's young adult science fiction/fantasy book "Maximum Ride" from Columbia, but it seems that the helm is still secured for Catherine Hardwicke. 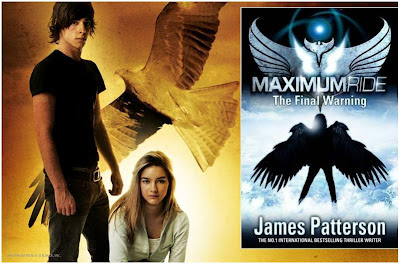 This highly successful fantasy saga chronicles six teens known as the Flock who are genetically altered so they are part human and part bird. Learning to fly, they escape the laboratory where they have been housed and are pursued by a pack of creatures called the Erasers that are part human and part wolf.
Posted by DEZMOND at 9:54 PM