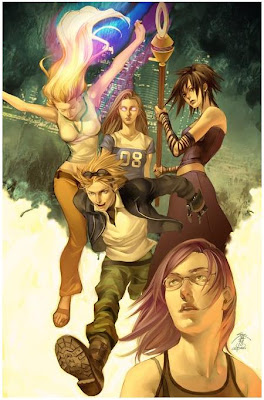 upcoming film "The Runaways" which is scheduled for 2011. Judging from the new rumors two directors are in the run to helm the comic adaptation: Peter Sollett (pretty much an unknown director) and Joss Whedon could take the helm of the high profile project.
"The Runaways" follows a group of teenagers who find that some family secrets are bigger than others when they discover their parents are actually super-villains creating a criminal group of mob bosses, time-travelers, dark wizards, mad scientists, alien invaders and telepathic mutants. Running away from their homes, the teens band together and begin a journey of discovery, both of their parents' origins and of their own inherited powers, while trying to make up for the evil done by their folks.
Posted by DEZMOND at 9:37 PM