After Chris Evans has been officially confirmed as Captain America, the producers have found him a side-kick as well. Although it was reported that he had auditioned for the main role, it seems that young actor Sebastian Stan wasn't meant to be the leading super hero, but his best friend Bucky Barnes. 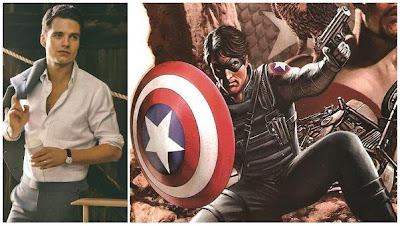 According to "Variety", Bucky's character has the key role in the Captain America comic books. He's an orphan who discovers Captain America's true identity and partners up with him to fight the Nazis. As a former KGB super assassin, he later becomes the covert assassin Winter Soldier. Just like Chris Evans, Sebastian has also signed a deal to appear in possible sequels to "Captain America" and other Marvel titles such as "The Avengers". 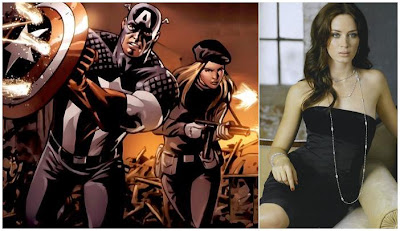 Marvel Studios has also made an offer to Emily Blunt for the female lead in "The First Avenger: Captain America". She will apparently play Captain America's girlfriend, Peggy Carter. Peggy Carter was Captain's girl during WWII and an agent who helped the French out with their underground resistance. Now, as it turns out, Emily has some other projects in mind and will probably turn this offer down. This is strange, since she has already turned down the role of Black Widow in "Iron Man II" and plus she's a friend of the film's director Joe Johnston with whom she worked in "Wolfman". Is she just picky, or is she just waiting to be offered the ultimate super heroine role - the role of Wonder Woman???
Posted by DEZMOND at 9:29 PM