To me personally, "Mad Men" is one of those peculiar shows which I don't find attractive at all, and I would never purposely sit in front of my TV to watch it, but for some reason whenever I come across it while surfing the channels, 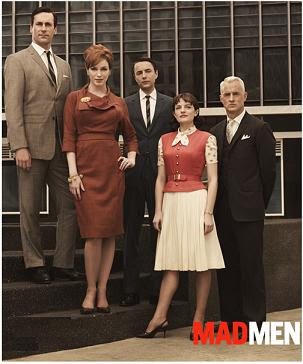 it always lures me into watching the episode till the end, although I don't really know what is going on, who the main characters are or what the whole plot is about. There's just something hypnotizing in it, something that glues you right to your TV.
But, alas, it seems the "Men" won't be "Mad" for too long. Even though it still is one of the most popular shows with great reputation among the critics, according to Matthew Weiner, the creator, "Mad Men" already have their ending planned. Weiner has recently revealed that AMC hit series will probably end after its sixth season because he could not see himself writing or continuing the series after that. 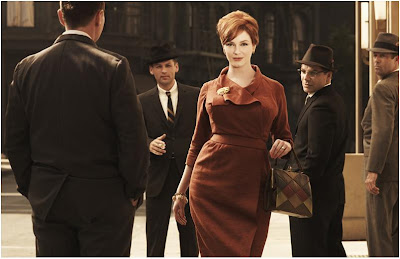 As you know, the fourth season is scheduled to debut on AMC this summer, so we will be watching its retro-characters for only two more seasons.
Posted by DEZMOND at 6:10 PM