We have the first pictures from the set of Ralph Fiennes' modern adaptation of Shakespeare's drama "Coriolanus". 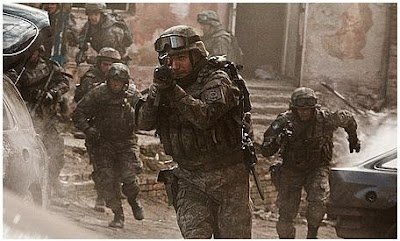 As you know he is shooting the movie here in my native Serbia. His crew has occupied the House of Parliament in Belgrade, which will act as the modern Roman Senate. People in Belgrade were quite shocked and surprised yesterday when they saw a huge group of protesters carrying ginormous signs in front of the parliament, only to discover that it wasn't a new revolution but just a scene being shot for the movie. Gerard Butler and Vanessa Redgrave are coming to Belgrade on Monday to shoot their scenes. 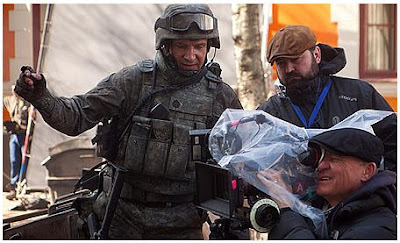 As you know "Coriolanus" is based on Shakespeare's tragedy, about the life of the legendary Roman leader, Gaius Martius Coriolanus. But this time there will be no sandals, togas or swords since this adaption is planned as a political thriller with the contemporary setting.
Posted by DEZMOND at 9:20 PM