After some delays because of the volcanic eruption over at Iceland Gerard Butler has arrived to Serbia yesterday, 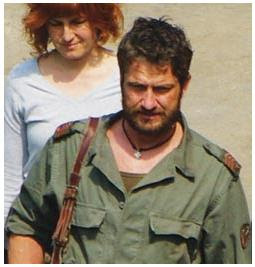 where the crew of Ralph Fiennes' "Coriolanus" has already started filming the movie. Butler will stay in Belgrade probably till the end of the week, filming the mass scenes as Tullus Aufidius, the main enemy of Coriolanus played by Ralph Fiennes in this modern-day adaptation of Shakespeare's famous play. Here you can see the first pic of Gerard at the set. It's interesting that the first audition Butler ever went to in his life was for "Coriolanus" as well, so he jokes that it took him a decade to finally get the role. 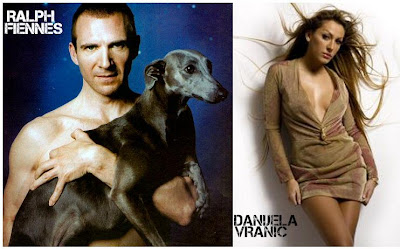 Meanwhile, Serbian tabloids have caught Ralph Fiennes in one of the luxurious Belgrade restaurants with one of Serbia's most popular singers Danijela Vranic. At first he was staring at her, mesmerized by her beauty and probably by her breasts, and she even said a few angry words to him, irritated by his rude staring, but at the end, according to tabloids, Ralph and Danijela finished the evening by exchanging their phone numbers. If you want to see for yourself how Ralph Fiennes has a lot of taste, check out the video for Danijela's most popular song bellow :)