Today, HOLLYWOOD SPY brings you a bunch of casting news, with new projects for some of our favourite Tinseltown boys.
Young Shia LaBeouf will star in "The Necessary Death of Charlie Countryman", a romantic action movie about a boy who falls in love with the one girl who will probably get him killed, and who has already been claimed by an insanely violent crime boss with a gang of thugs at his disposal. Using just his wit and charm he will woo the girl and save her from troubles. 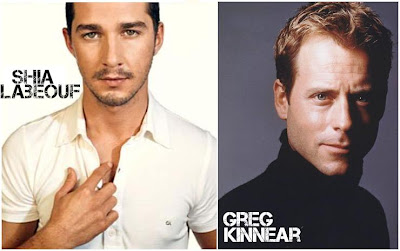 Dwayne Johnson will star in "Protection" as a mercenary Mexico City security operative forced to smuggle the daughter of an under-threat, high ranking judge and the judge's chief legal counsel across the border while being pursued by corrupt cops, drug lords and white collar U.S. criminal forces. 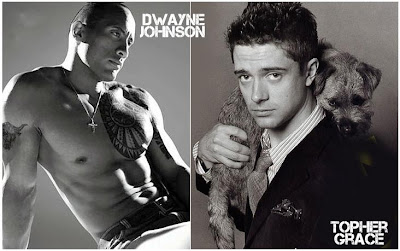 Charming Topher Grace will join Richard Gere in "The Double", a film which describes the murder of a U.S. Senator by a shadowy Russian assassin long thought to be dead. Richard Gere will play a retired spy who made a career after hunting the Russian assassin, who now comes back to partner up with a young FBI agent played by Topher Grace.
Posted by DEZMOND at 9:17 PM