Now that the casting mysteries around "Captain America" are over, we have obviously found a new casting puzzle in "Spider-Man". Since the rumors we mentioned last week about Logan Lerman getting the main role were proved to be incorrect, we off course have a new name for the new main candidate to play Spidy. According to IESB.net a new contender for the lead role in the "Spider-Man" reboot is Josh Hutcherson. As reports say, Josh Hutcherson hasn't signed anything yet, but he is on the studio's short list. 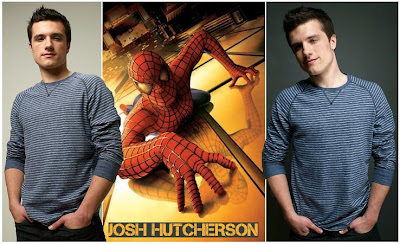 It's interesting that young Hutcherson is one the few teen actors I actually like. There's just something genuine in his presence, as we have seen in "A Bridge to Terabithia", "Journey to the Center of the Earth", "Cirque du Freak: The Vampire's Assistant"... He also appears in the Sundance movie "The Kids Are All Right", which opens in cinemas this July.
Posted by DEZMOND at 9:12 PM