If you are anxiously waiting to see the upcoming summer movie "Sex and teh City 2", wait till you hear this - the theme song for the movie, titled "Love is Your Colour" is a duet between two sensational singers - Leona Lewis and Jennifer Hudson. As you know, Jennifer Hudson had a role in the first movie as Carrie Bradshaw’s assistant, while Leona Lewis already has some soundtrack experience since she sang the mesmerizing theme song "I See You" for "Avatar" and she had a song in "Precious". 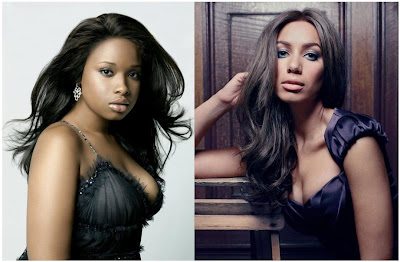 "Sex and the City 2" soundtrack will also feature Beyonce's "Single Ladies" but this time performed by Liza Minnelli, who will most probably sing the song during Stanford Blatch and Anthony Marantino's gay wedding in the film. The songs from Alicia Keys, Dido and Erykah Badu will also appear in the movie.
Posted by DEZMOND at 7:05 PM