Today, HOLLYWOOD SPY brings you the latest casting updates, here's what will some of our favourite stars be working on in the future. I warn you that some of the following casting choices and combinations are more than weird. 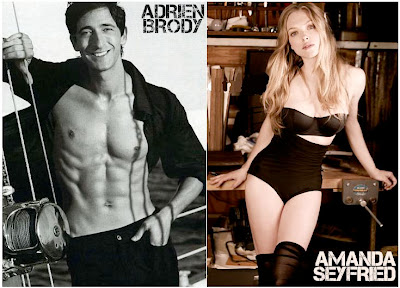 Cameron Diaz will pair up with Benicio Del Toro in "An Ex to Grind", the story in which Del Toro is a famous athlete who will do anything to support his waitress wife, but after his career is cut short by an injury, the tables have turned and she's now a successful businesswoman and he's a lazy couch potato. She files for a divorce, but is stunned that she will have to pay him alimony, so she tries to set him up with a future wife,

only to see him become the man she once loved again with the replacement, and now she wants him back. I really don't understand why would someone put Del Toro in this movie?

Another extremely strange couple are Brad Pitt and Natalie Portman in "Important Artifacts", in which the story follows the fictional estate auction catalog full of personal items and photographs from the four-year romance between a male photographer and a younger food columnist. It will be a love story, in all its tenderness and struggle, shown from the evidence that has been left behind.

Catherine Hardwicke will direct the gothic retelling of "Little Red Riding Hood" in which Amanda Seyfried will play a woman in a medieval village being terrorized by a werewolf. "The Girl with the Red Riding Hood" will have young Shiloh Fernandez as Amanda's romantic partner. 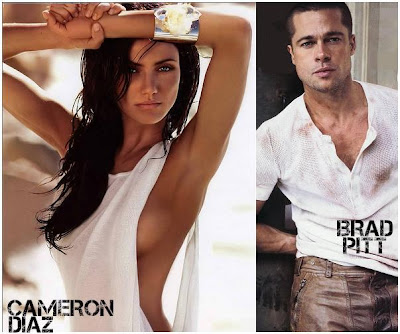 Kurt Russell, Adrien Brody and Sharon Stone will star in "Waco", a film which will delve into the Branch Davidian compound disaster outside of Waco in 1993. The film will explore the events of the ATF raid on Mt. Carmel, the 51-day siege that followed, and the devastating compound fire that resulted in the deaths of 81 civilians. The movie cuts between ATF special agents, FBI Negotiators, the Davidians on the inside, the tactical Hostage Rescue Team leaders, and the political machinations in Washington DC.
Posted by DEZMOND at 9:27 PM