We've seen Cameron Diaz being very naughty on the big screen, and it seems she will be mischievous again: according to "The Wrap" she is negotiating to join THE OTHER WOMAN, in which the story centres on a woman who finds out she is the other woman in a love triangle. She meets up with the wife in order to conspire and get revenge against the husband. Kristen Wigg is apparently in the run for the role of the second woman. Later this year Diaz awaits the premiere of GAMBIT in which she stars with Colin Firth, and she also has AGENT: CENTURY 21 film scheduled for 2014, in which she plays a real estate agent who gets caught up in Mexican drug lords kidnapping plot. Next year we shall watch her next to Michael Fassbender, Brad Pitt, Javier Bardem, Penelope Cruz in Ridley Scott's THE COUNSELOR thriller.

HOLLYWOOD SPY HEADLINES
Earlier this year we had fun watching the crazy Finnish blockbuster IRON SKY with the Nazis and their secret station over at Moon, and 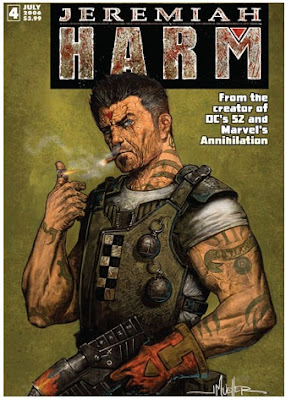 now the producers of the film are preparing a new sci fi feature. It will be a movie adaptation of JEREMIAH HARM graphic novel. According to "The Hollywood Reporter", the story of the graphic novel revolves around an intergalactic bounty hunter sent to Earth to hunt down a group of space-traveling criminals and the girl they kidnapped. Just like with IRON SKY the producers are again planning to raise funds for the film online. For their previous film they raised one million dollars from online sponsors, fans and investors. 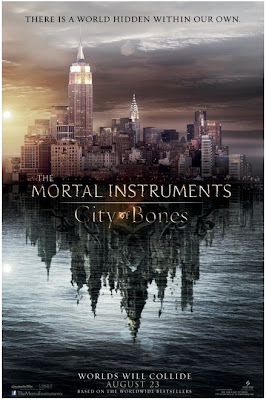 and Jemima West. The movie adaptation of CITY AND BONES novel by Cassandra Clare, revolves around a young girl who discovers that she is the descendant of half-angel warriors called Shadowhunters and that she has inherited an ability to see and interact with a clan of supernatural spirits, after which she joins the battle against demons. The cast also includes HOBBIT's Aidan Turner as the surrogate father to the protagonist Clary Fray and Jonathan Rhys Meyers who will play Valentine Morgenstern, a powerful Shadowhunter looking to purify the world at any cost!