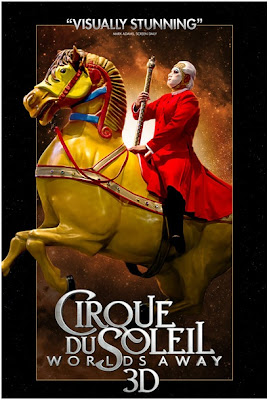 Not many movie news in this post holiday weekend, people, but I do have some lovely posters and a fun trailer for you today. First you can check out four amazing new posters for something very unusual and special: breathtaking CIRQUE DU SOLEIL: WORLDS AWAY 3D spectacle written and directed by Andrew Adamson ("Shrek") and produced by James Cameron ("Avatar"). Hitting cinemas this December the 3D film event features artistic and acrobatic performances from some of the most elaborate Cirque du Soleil productions bringing you some truly stunning visuals, incredible choreography, mindblowing sets and costumes and 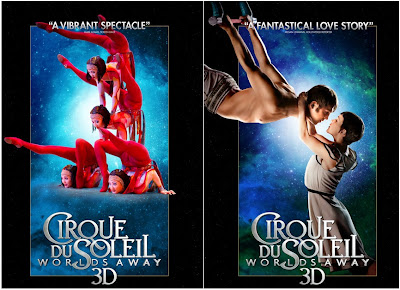 special effects. A young couple who is separated, must journey through the astonishing and dreamlike worlds of Cirque du Soleil to find each other, as audiences experience the immersive 3D technology that will allow them to leap, soar, swim, and dance with the performers. Something to feast your eyes upon in this year's Christmas season.

I GIVE IT A YEAR TRAILER
Here's a nice little trailer for you: it is for romantic comedy I GIVE IT A YEAR with Australian stars Rose Byrne and Simon Baker, Rafe Spall, Minnie Driver and Anna Faris. Byrne and Spall are a pair of newlyweds and the film offers a look at the trials and tribulations during 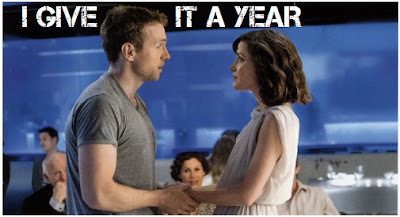 their first year as a married couple. Baker and Faris play characters who are temptations for the two of them. The film is supposed to hit theatres in February next year in Great Britain and some time later in 2013 in United States.The trailer features lots of delightful nudity :)
Posted by DEZMOND at 12:00 AM