Now here's a piece of news to cheer you up this Monday. You already know that pirates are the new trend on TV and we'll be seeing a number of pirate shows

in the future beginning with Starz and their BLACK SAILS with Toby Stephens. But the latest update is that NBC is moving ahead with their own buccaneer show titled CROSSBONES! Here's the strangest piece of info - Hugh Laurie is in talks to take the lead role of the iconic swashbuckler Blackbeard in the series! According to "Deadline" the ten part epic adventure series set in 1715 would see HOUSE star playing Edward Teach, better known as Blackbeard, who reigns over a rogue nation of thieves, outlaws and miscreant sailors. Part shantytown, part marauder's paradise, the island is unlike any other and presents a mounting threat to international commerce. To combat the threat, skilled undercover assassin Tom Lowe is sent to take down Blackbeard, but the closer he gets, the more enthralled with the community he becomes. Developed by Neil Cross (LUTHER) CROSSBONES will be television adaptation of Colin Woodard's book "The Republic of Pirates", which is set during the golden age of piracy in the early 1700s.


CASTLE WOLFENSTEIN
In the whole storm of video game movie adaptations the latest one is CASTLE WOLFENSTEIN which will be turned into an action adventure film by PULP FICTION scribe Roger Avary. The story of the video game centres on a young U.S. Army captain and a British special 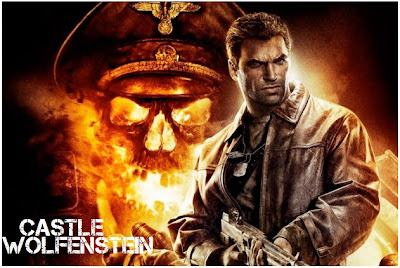 agent on a top-secret mission to Castle Wolfenstein, where Hitler will be for the unveiling of a new secret weapon. After reaching the Castle, the heroes are confronted with Himmler's SS Paranormal Division and must fight, not only for their survival, but for a mission that could alter the course of the war. The arcade game was first released back in the 1980s! 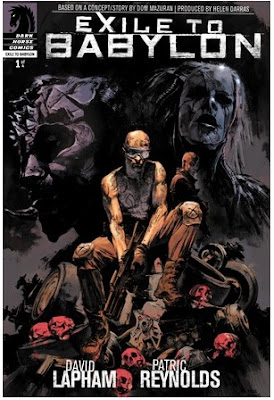 Another movie adaptation will be seen in Dark Horses' film project on their comic book EXILE TO BABYLON. The film, scheduled for next year, is set in the year 2040, where the world's precious resources are in high demand, and security is found on the streets. A private military operative of reeducated gang members - the Blackshield Angels - is the only hope of liberating a vital fuel supply from a criminal overlord. Blackshield's best agent struggles through betrayal, love, and a seemingly unending war zone - Zone 12 - to complete his mission in a dangerous world where tattooed warlords reign supreme and giant satellites watch men from above like gods.
Posted by DEZMOND at 12:00 AM