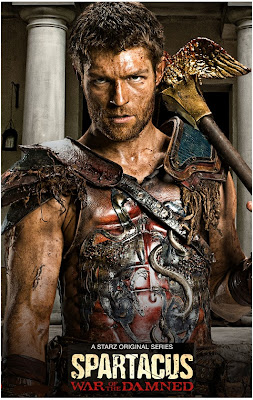 Are you excited, gladiator lovers? The premiere of the third, and the final, season of SPARTACUS: WAR OF THE DAMNED is getting close - the concluding run of the worldwide popular epic series will start on January 25th next year at Starz! The epic conclusion of a legendary journey will unleash a battle unlike anything ever seen before on televison. Are you ready for glorious action and stunning story? To get yourself prepared for the upcoming season, check out HOLLYWOOD SPY's mega extensive spotlight on the show with everything you need to know - from the story and tidbits and characters old and characters new, to amazing new promo pictures!

WAR OF THE DAMNED STORY
Gaius Claudius Glaber is dead. Many months have passed since his defeat, and the rebel army, led by Spartacus and his generals Crixus, Gannicus and Agron, continue to amass victories over Rome. With

the rebel numbers swelling to thousands of freed slaves, it has become a force that has started to challenge even the mighty armies of Rome. Spartacus is more determined than ever to bring down the entire Roman 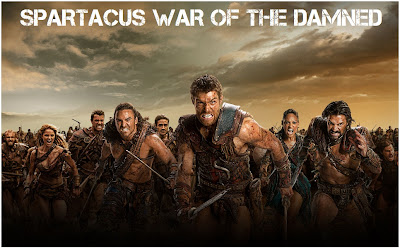 Republic. Following the death of Ashur, Naevia and Crixus fight as one with newfound strength and determination. And Gannicus, always seeking to embrace life to the fullest, shares his bed with the beautiful

and dangerous Saxa. Together, the rebels engage in one bloody skirmish after another and prepare for the inevitable: a full out war with Rome. The Roman Senate turns to its wealthiest citizen, Marcus Crassus, for

aid. A powerful, strategic politician, he respects his opponent and refuses to make the same mistakes Glaber and his predecessors have. With a young and fiercely competitive Julius Caesar as an ally, Crassus 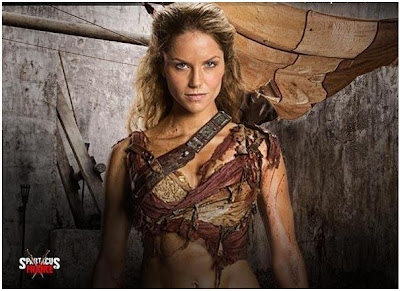 is determined to crush Spartacus and his rebellion. The epic conclusion of a legendary journey, SPARTACUS WAR OF THE DAMNED will unleash a battle unlike anything ever seen before.
WAR OF THE DAMNED WARRIORS 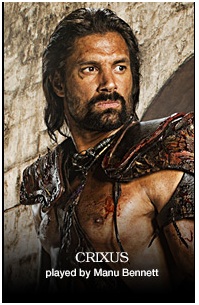 Spartacus (trustworthy Liam McIntyre) has amassed an army in the thousands. He knows he is not only responsible for the lives of every man, woman, and child in his rebellion but also for continuing to inspire them to fight for freedom from oppression and to stand up against the mighty Roman Republic! He is joined by Crixus, Agron and Gannicus. Crixus (handsome Manu Bennet) has had tough times rescuing his beloved Naevia from the Roman mines, but now he has a mind focused on war, and the defeat of the Roman Republic. He’ll do it all with Naevia by his side, and he’ll see hell before being separated from her again. Gannicus (dashing Dustin Clare) is still highly respected as 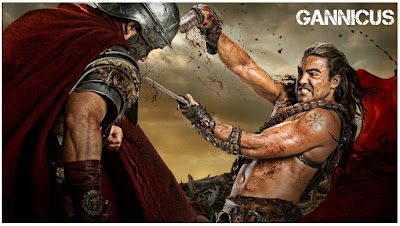 former Gladiator champion and great warrior but he shuns authority in favor of wine and women, sharing his bed with the beautiful Saxa. Despite his boyish lust for life, he is a key asset that Spartacus depends upon. Brave and hot tempered Agron (irresistible Dan Feuerriegel) 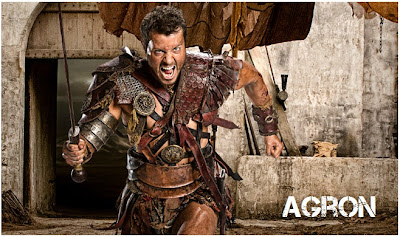 has become Spartacus’ right hand man responsible for his leader’s safety while fighting for the cause. Gorgeous young slave Nasir (delightful Pana Hema Taylor) has become a fearsome warrior thanks to the 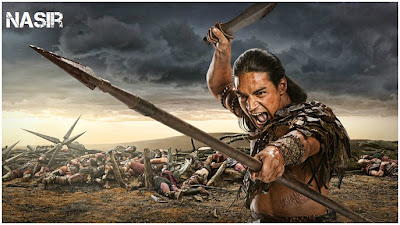 training by Spartacus and Agron. He is still involved in a tender and passionate sexual relationship with brave Agron who develops deep feelings for the young fighter.


WAR OF THE DAMNED ROMANS 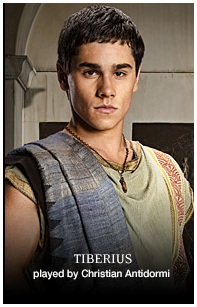 Wealthy Crassus (Simon Merrells)  is the last hope the Roman Senate has to defeat the rebellion. Although rich, the honor of military success has always eluded him, so now he has opportunity to gain that recognition using all means at his disposal to defeat Spartacus. Since bringing death to Spartacus will require more than just money, he will call upon a young and battle experienced Julius Caesar to help, much to the envy of his oldest son Tiberius, who wants only to prove himself to his father. Tiberius (Christian Antidormi) is living in the shadow of Julius Caesar; an ambitious and self-important young man who is, in many ways, the son Crassus wishes he had. It’s a fact that 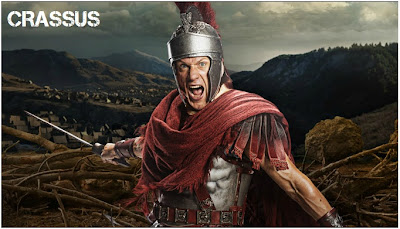 Tiberius is very aware of, and one that causes much friction between himself and Caesar. Julius Caesar (naughty Tod Lassance) is arrogant and intelligent but despite his heritage, and his formidable skills 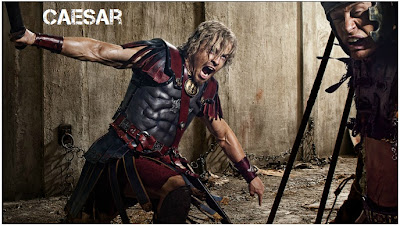 as both warrior, tactician, and commander of legions, he lacks the wealth to see his ambitions play out, which is why he sees the hunt on Spartacus as his great opportunity!


WAR OF THE DAMNED LADIES
Laeta (stunning Anna Hutchinson), Intelligent, beautiful, and as independent as any Roman woman can be, was married off to her husband when she was just 12 years old. She has only known life as a 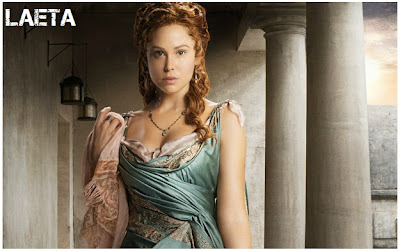 privileged Roman elite but will soon have to rise above that and shed her selfishness when her people look to her for leadership. Kore (lovely Jenna Lind) is a house slave to the Crassus family, proficient in several languages as well as managing the household and well-versed in the 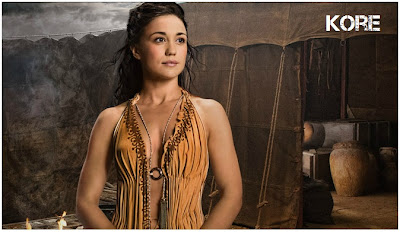 classics. Kore has been serving Marcus Crassus since Tiberius’ birth who, in many ways, looks to her as a mother figure. Sibyl (enchanting Gwendoline Taylor), a shy, sweet and innocent young slave, is given 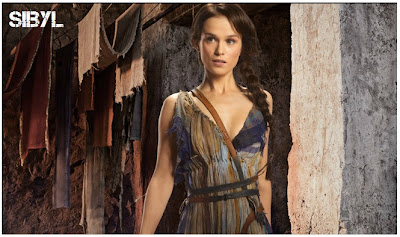 her freedom when Gannicus ends her master’s life. From that point on she becomes enamored with him, in his shadow at every turn, hoping to find her affections reciprocated by the brash swordsman. Saxa (sexy Ellen Hollman) is as physically striking as she is rude and brash and 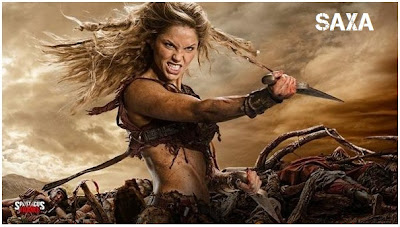 just as violent as any man in the rebellion. When not skilfully playing with twin daggers  she embraces life with the same vigor and passion as Gannicus and has taken to sharing his bed. She finds excitement and kinship with a man who’s every bit her equal.
UPDATE: click for new character pics and new trailer!
Posted by DEZMOND at 12:00 AM