I don't know if you've noticed but actors in their prime years have been really popular in last few years and it is lovely to see some of the legendary thespians in hip new projects from Judi Dench and Maggie Smith to Ian McKellen and Anthony Hopkins. 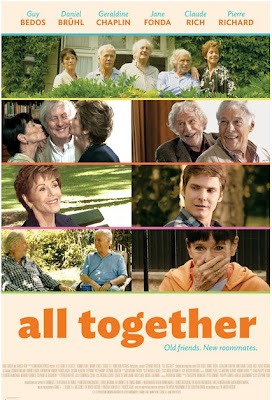 It is also interesting that recently we've seen a number of projects based solely on senior actors. Here are some of such movies coming up in the future.


UPLIFTING ALL TOGETHER
This one is already showing in selected US cinemas and has premiered in France earlier this year. Delightful French comedy drama ALL TOGETHER starring veteran stars Jane Fonda, Geraldine Chaplin, Pierre Richard and young Daniel Bruhl, follows Annie, Jean, Claude, Albert and Jeanne who have been friends for over forty years. But they are growing old and old 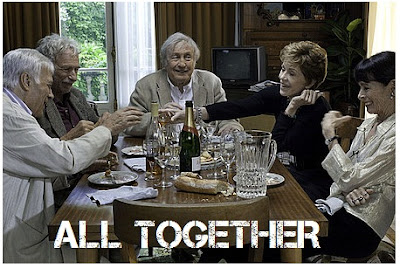 age tends to be synonymous with reduced autonomy, loss of memory, illness, retirement home and, worst of all, separation. One day, one of the five friends suggests to say no to isolation and loneliness: what if they lived together?

SENIOR STARS HEADLINES
In short news on projects with senior stars, first we have the first picture from the LAST VEGAS comedy. Ready to open December 2013, the film will have Robert De Niro, Morgan Freeman, Kevin Cline and Michael Douglas playing four old friends who decide to throw a Las Vegas bachelor party for the only one of them who has remained single. 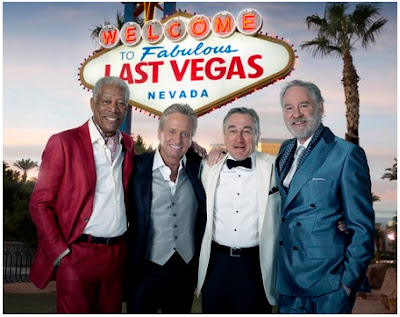 Another senior stars piece of news is that Shirley MacLaine and Christopher Plummer will star in ELSA & FRED, in which Shirley will play a lively retiree in New Orleans who gets an unwanted neighbour when straight-laced widower Fred (Plummer) moves into her apartment building.
DELIGHTFUL QUARTET
I have already written about this one, but after circling around some of the recent festivals and getting high praise from the critics delightful comedy QUARTET is ready to open up in cinemas this December and 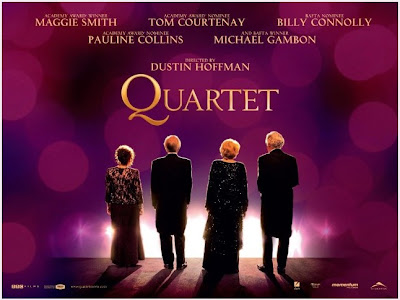 January depends on your location. Not only that the cast consists of amazing senior thespians from always divine Maggie Smith to Oscar winning Pauline Collins, Michael Gambon and Billy Connolly, but it is also helmed by another older movie star Dustin Hoffman who 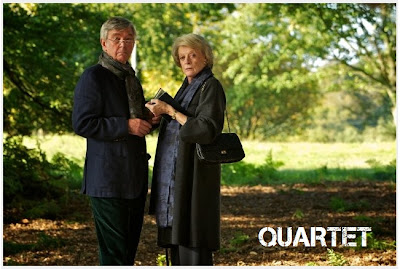 has this film as his first directorial project. Dame Maggie Smith stars as one of four retired musicians who were formerly members of the same operatic quartet. The foursome are reunited when Smith's eternal diva Jean comes to live at the same retirement home as the others, but her reluctance to perform at the annual concert to celebrate Verdi's 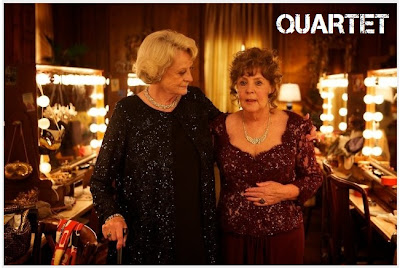 birthday and her failed marriage to Reg (Tom Courtenay) injects tension into proceedings. The movie is actually an adaptation of a play by "The Diving Bell and the Butterfly" screenwriter Ronald Harwood. 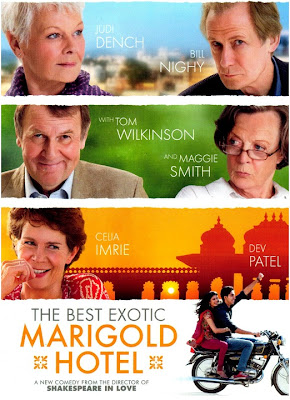 followed a group of retired Brits whose lives are transformed after they move to a newly-restored hotel in India. The news is that this little film (it cost only about $10 million to be made) which became a worldwide blockbuster scoring more than $130 million, is getting a sequel! According to "Vulture", screenwriter Ol Parker is set to deliver a second script to studio Fox Searchlight within the next month. The cast members are keen to return but it is not clear if John Madden will again take the director's seat.