HOLLYWOOD SPY EXCLUSIVE SPOTLIGHT ON LAVISH TURKISH EPIC "CONQUEST 1453" OR "FETIH 1453" ON THE FALL OF CONSTANTINOPLE! 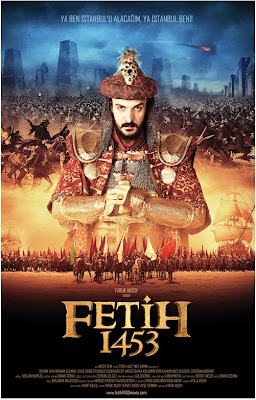 Here's something epic and exotic for you at the same time today: a spotlight on lavish historical epic CONQUEST 1453 or FETIH 1453 coming to us from Turkey. Turkey has had a number of successful television and movie projects in recent years, mostly due to the fact that they can sell and present them to hundreds of millions of viewers in other Muslim countries around the world who share tradition and culture with them. This ambitious project, depicting the infamous Turkish invasion of Eastern Roman capital Constantinople which lead to the beginning of many centuries of bloodshed and darkness in that part of the world, had its premiere earlier this year in 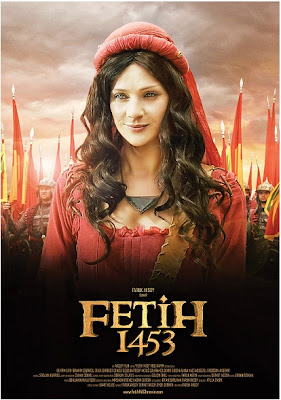 Turkey, USA and in some European countries. Although visually spectacular, the blockbuster film was largely criticised for nationalism, for overly gentle depiction of Ottoman tyranny and for many historical inaccuracies (Constantine XI, who mostly lived in celibate is shown as a hedonist; Constantinople is depicted overly magnificent even though it had been comprehensively sacked by western crusaders in 1204; sappers tunnelling under the immense land walls that had not been breached in 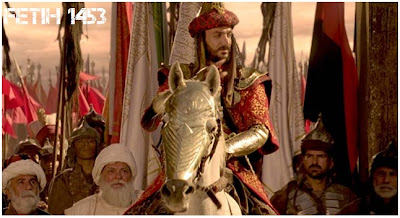 1,000 years, are shown as proud Muslims but in reality they were captured Serbian miners brought there to toil as slaves).


FETIH 1453 STORY
The story of the film is set in the year of 1453, when the Byzantine capital of Constantinople was surrounded by Ottoman Turks. The city was but a shadow of its former glory due to the empire's ever receding coffers, 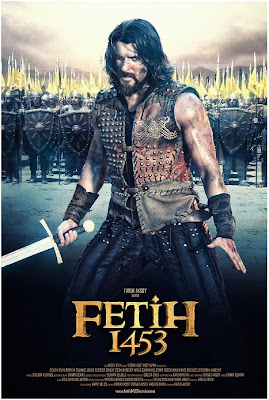 while the Ottoman Empire continued to grow rich. After years of tolerating the existance of Byzantium, the ambitious and warlike sultan, Mehmet II (Devrim Evin) launched his campaign to end the Byzantine Empire and take Constantinople for the Ottomans, resulting in arguably the greatest siege of that age. Before launching the invasion, Mehmet II had restored Gallipoli dockyard so that 100 galleys could be produced there in a year. Meanwhile Roman Emperor Constantine deemed Sultan Mehmet inexperienced and he didn't see a threat in him since Turkish prince Orhan was Constantine's 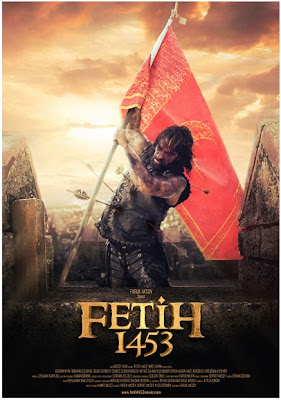 captive at that time. After uniting his armies, Mehmet II sent a messenger to Emperor Constantine declaring that he would no longer send the subsidy he had been paying for Orhan. After that, he started the building of the Rumelian Fortress across the Anatolian Fortress in the European side of Bosforus. This actually meant that he was declaring war against Eastern Roman Empire. This circumstance came to European states’ attention too. But to help Eastern Roman Empire was almost impossible because of the war between French, English and 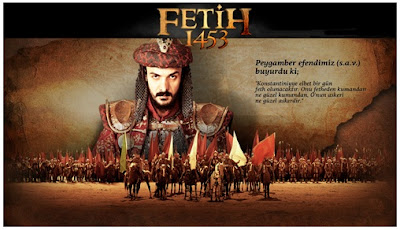 German Kings who had their throne fights. Pope’s attempts remained inconclusive too. And then on April 2nd 1453, the Byzantine soldiers on the ramparts saw Sultan Mehmet arriving with thousands of Turkish soldiers…

STORY FROM HISTORY
Mehmed the Conqueror was only 21 when he conquered Constantinople and brought an end to the Byzantine Empire, absorbing its administrative apparatus into the Ottoman state. Later on Mehmed continued his conquests in Asia, with the Anatolian reunification, and

in Europe, as far as the Kingdom of Serbia. Although Mehmed II is regarded as a national hero in Turkey the people of the conquered nations regard him as a bloodthirsty tyrant who wrapped them in centuries of darkness throwing their cultural and national development 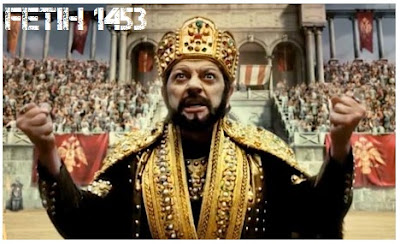 in deep setback and enslaving half of the world under his rule. Even though he circled the city with his warships and used new type of cannons to destroy the walls, the city fell only after a two month siege when Mehmed managed to transport a number of his ships overland 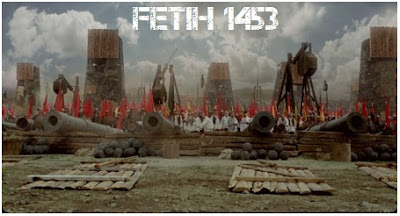 in order to surround the whole Constantinople. Some years after that Mehmed II visited the site of Troy and boasted that he had avenged the Trojans by having conquered the Greeks (Byzantines)! He also claimed 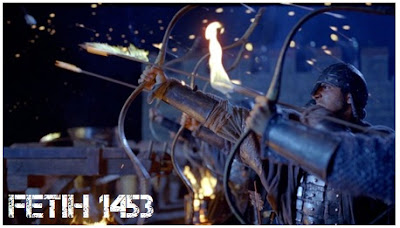 he was a new Caesar of Rome, but nobody acknowledged him the title. He did manage to perform administrative and legal reforms thus bringing prosperity to Ottoman Empire. As with a number of other Turkish sultans, it is suspected that he was poisoned by his own son Bayezit.
Posted by DEZMOND at 12:00 AM