"LEGEND OF THE SEEKER"'S THIRD SEASON IN DANGER???

Although, "Legend of the Seeker" has become much more interesting in it's current 2nd season it seems it's in a grave danger of not being renewed for a third one. 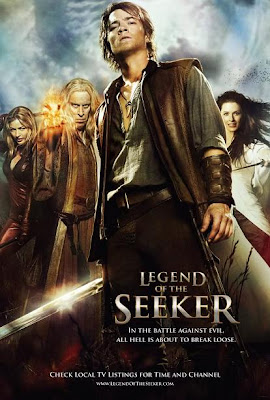 Apparently the third season is on shaky ground because one of the stations that picks up the show is facing some financial problems. The story says one of the major broadcasters of "Legend of the Seeker", may pull the plug on broadcasting and if they do "Disney" will pull the plug on production.
This is horrible news, since the second season has managed to remove most of the weaker parts from the premiere season: not only that they brought in some great new cast members (Tabrett Bethell is the most refreshing change for the show, and plus they had a lot of interesting guest stars such as Jolene Blalock, Jessica Marais, Keisha Castle Hughes)), 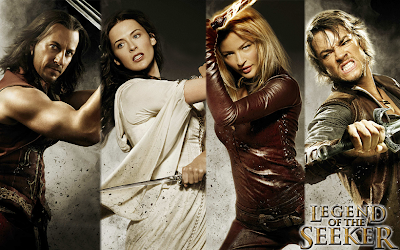 but they've also made stories much more interesting, giving more details not just to plots, but also to sets, costumes, action scenes ... If you like watching this lovely show, and you hate the fact that the best shows are always being canceled too soon ("Rome", "Firefly" ...) you can sign one of the many petitions that are appearing all around the net every day.
Posted by DEZMOND at 9:59 PM