As you know, one of the favourite sf gossips which has been circling around Hollywood for yeas now is the one about George Lucas preparing the live-action "Star Wars" television series. 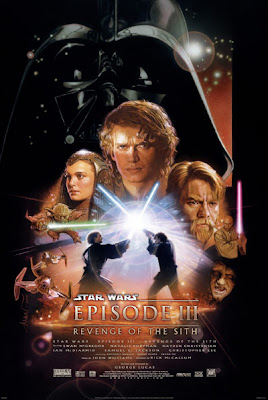 And now we have the answer why is that project taking so long to start with the production. Apparently "Star Wars" series is still in the scripting stage, and George Lucas doesn't want to set a production date until all of the first season scripts have been finished.
But the good news is that the work on the unnamed show's scripts appears to be at an advanced stage now, which isn't surprising, considering the writing of the live-action show began two years ago. The first reports say that the story of the new series will follow some of the more minor characters from the movies and it will take place in the time period between "Star Wars III - Revenge of the Sith" and "Star Wars IV - A New Hope".
Posted by DEZMOND at 9:15 PM