These are probably the best news so far about "Captain America:the First Avenger" casting process. According to "Deadline New York" Marvel Studios has put Channing Tatum right beside Ryan Phillippe, Chris Evans, Mike Vogel and Garrett Hedlund on the list of the actors who might score the main role in the movie. 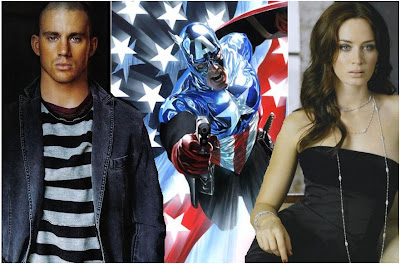 But that's not all - the studio has also started testing leads for the female role of Peggy. They want an American actor to play Captain America, but they are presently looking for a British actress for the female lead, and apparently they are currently leaning towards gorgeous Emily Blunt.
Posted by DEZMOND at 9:07 PM