LEONARDO DA VINCI AS A SUPERHERO! 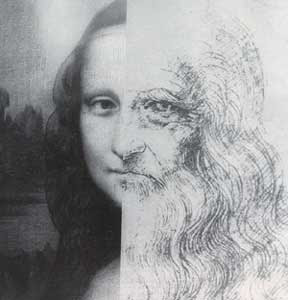 action adventure focused on the famous genius Leonardo da Vinci. The only thing we know so far is that the film will show Leonardo da Vinci utilizing his inventions in facing supernatural enemies, something like a medieval super hero.
Leonardo Da Vinci lived from 1452 to 1519. He is considered to be one of the most talented men who ever walked the earth. The artist is best known as a painter of the "Mona Lisa" and "The Last Supper", however he was also a mathematician, architect, sculptor, writer, scientist and inventor who created concepts for a helicopter, a tank, solar power, a calculator and the double hull.
Posted by DEZMOND at 9:25 PM