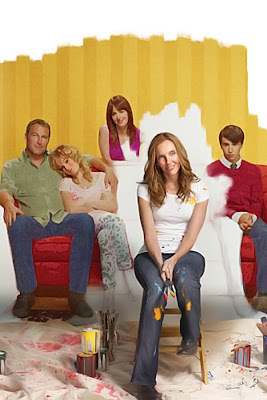 won both Emmy and Golden Globe, you can relax, because yesterday we saw the beginning of the second season of the ultra witty dramedy. The second season will be aired each Monday on Showtime. With one husband, two children and four split personalities, Tara will come back in the second season which opens with a bang as the Gregsons' neighbor commits suicide and the family unexpectedly is given responsibility of the house. Now well and dissociation-free for several months, Tara sets out to make new friends with Max's help. Marshall struggles to fit in at school while Kate lands a new job. Nick pops the question to Charmaine.
On the heels of record ratings for its second season debut this Monday, "The United States Of Tara", has just been renewed for a third season as well.
Do you watch "Tara"? I must admit it's one of my top favourite shows to watch on TV.
Posted by DEZMOND at 9:20 PM