ANNE HATHAWAY AND JIM STURGESS GET ROMANTIC IN "ONE DAY"

Now this sounds very cute. As "The Hollywood Reporter" reports two cutie-pies Anne Hathaway and Jim Sturgess are in talks to star in romantic melodrama "One Day", which will be an adaptation of a novel by David Nicholls. Lone Scherfig who got under the spotlights this year with "An Education" will be the director. 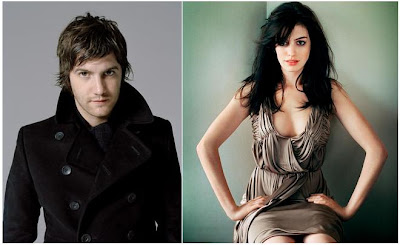 "One Day" will center on Dexter and Emma. They initially meet for the first time during their graduation in 1988 and proceed to meet one day a year for the next 20 years. Viewers will follow their lives and loves until they eventually realize that they are meant for one another.
Posted by DEZMOND at 10:11 PM