TIM BURTON DOING HIS VERSION OF "THE ADDAMS FAMILY" 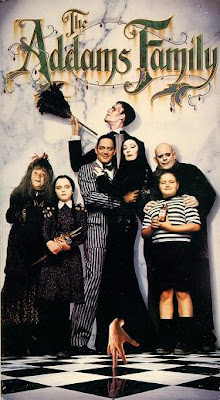 might be "The Addams Family". It will be a 3D stop-motion version of the Addams family but it will not be similar to the previous popular movie versions. Burton is planning to go back to the original cartoon drawings of Charles Addams from "The New Yorker" magazine. Apparently the new "Addams Family" members will have the sharper wit like in the stories from the original drawings.
But before that, Burton must finish "Frankenweenie" again a 3D stop-motion animation about a pet dog brought back to life by his loyal owner, which will be shot in black & white for a 2011 release.
Posted by DEZMOND at 9:27 PM