POETS AND MONSTERS IN "THE CASEBOOK OF VICTOR FRANKENSTEIN"

Ah, we'll be seeing yet another Frankenstein tale in the upcoming future. Timur Bekmambetov has signed on to direct the adaptation of Peter Ackroyd's novel "The Casebook of Victor Frankenstein". Here's what the publisher Random House says about the novel: 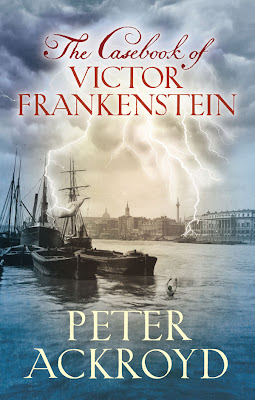 When two nineteenth-century Oxford students-Victor Frankenstein, a serious researcher, and the poet Percy B. Shelley form an unlikely friendship, the result is a tour de force that could only come from one of the world's most accomplished and prolific authors. This haunting and atmospheric novel opens with a heated discussion, as Shelley challenges the conventionally religious Frankenstein to consider his atheistic notions of creation and life. Afterward, these concepts become an obsession for the young scientist. As Victor begins conducting anatomical experiments to reanimate the dead, he at first uses corpses supplied by the coroner. But these specimens prove imperfect for Victor's purposes. Moving his makeshift laboratory to a deserted pottery factory in Limehouse, he makes contact with the Doomsday men, the resurrectionists, whose grisly methods put Frankenstein in great danger as he works feverishly to bring life to the terrifying creature that will bear his name for eternity.
Apparently some other famous people from that period, such as Godwin, Lord Byron, and Mary Shelley, also appear in the novel, and could appear in the movie as well.
Posted by DEZMOND at 9:28 PM