Sad news for all of you who like ABC's worldwide hit "Grey's Anatomy" - the queen of tears, Izzie isn't coming back. According to "MovieWeb" the series creator Shonda Rimes has agreed to let Katherine Heigl out of her contract, 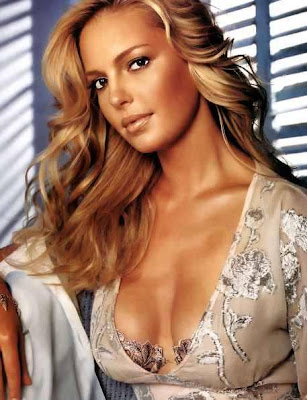 something she's wanted for some time now. It was also said that ABC Studios and Heigl still have to hammer out an exit deal. Heigl, who has played Dr. Izzie Stevens during the entire six-season run of the show, had taken more than half of this current season off and was set to return on March 1, but she hasn't been on the set at all yet. The talks between Heigl and ABC have been going on for months and last week both sides mutually decided that the best solution would be to part ways now as opposed to at the end of the season. As a result, Heigl is not expected to return to the set, which means her final episode as Izzie has already aired.
Katherine obviously wants and plans to develop her movie career.
Posted by DEZMOND at 6:41 PM