"THE LAST VOYAGE OF THE DEMETER" BRINGS YET ANOTHER DRACULA PROJECT

According to "The Hollywood Reporter", it seems that "The Last Voyage of the Demeter" will finally get into production. 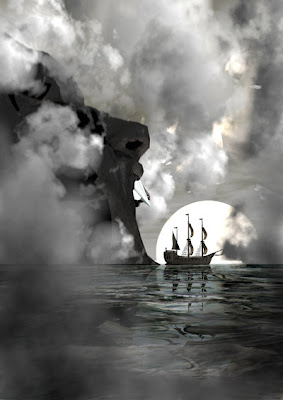 Helmed by Austrian director Stefan Ruzowitzky this period horror will follow the ship that transported Dracula from Transylvania to London in Bram Stoker's classic tale. In that novel, it washes up on the shores of England, tattered and broken, with one raving mad survivor. Written a decade ago by Bragi Schut (who wrote the upcoming Nicolas Cage movie "Season of the Witch"), this tale is reminiscent of the first movie in the "Alien" franchise, in which a crew is slaughtered one-by-one by a mysterious passenger.
One of the previous directors attached to "The Last Voyage of the Demeter" was Marcus Nispel but it seems that the production has crossed all obstacles and we might see the final product in a year or two.
Posted by DEZMOND at 9:37 PM