In a battle between big studios Fox 2000 has just picked up film rights to the young-adult dystopian fantasy novel "Incarceron", written by British author Catherine Fisher. 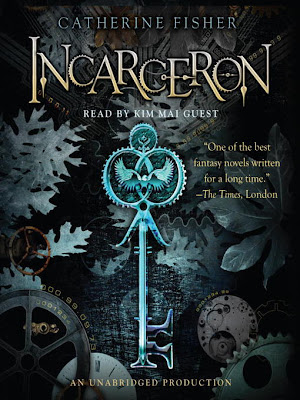 The studio is planning to adapt this into a franchise. The book has been published in the U.S. just three weeks ago but it immediately appeared on the "New York Times" children's bestsellers list. Over in Europe the book was published in 2007 with the second tome "Sapphique" being released back in 2008.
"Incarceron" tells the intriguing story of a young boy who lives in a prison that is a complete society; outside the prison, the world is stuck in the 17th century and run by computers. The boy comes into contact with the warden's daughter, who lives in her own sort of jail, and they find a key that can change everything.
Posted by DEZMOND at 9:20 PM