Not enough gorgeous people for today? Ok, ok. Liv Tyler, Charlie Hunnam and Patrick Wilson will star in "The Ledge", a suspense film from first-time writer-director Matthew Chapman. A very intriguing story follows a man (Charlie Hunnam) standing on a high-rise ledge who insists he must jump by noon as the policeman below (Terrence Howard) tries to manage the situation. 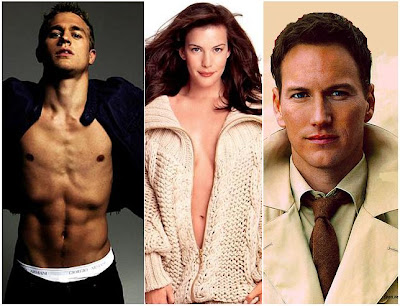 As the director Chapman says - "The Ledge" examines the different and sometimes dangerous beliefs people adopt as a means of surviving emotional trauma. As more and more films succumb to the visual wizardry of 3D, "The Ledge" explores the fourth dimension: the interior life of tortured souls hovering over the precipice of emotional nullity.
The film has already began shooting.
Posted by DEZMOND at 10:04 PM