WILL SMITH IN "THE CITY THAT SAILED"

According to "Variety" Will Smith could sail away in the near future. His own production company, "Overbrook Films", has developed "The City That Sailed" for Fox. 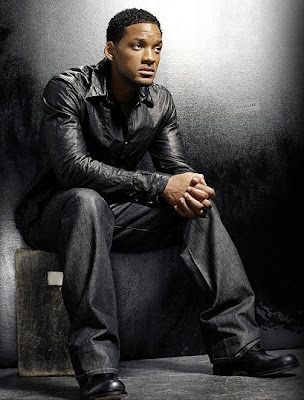 Written by sf mastermind Andrew Niccol, the story centers around a street magician in New York who is separated from his young daughter. She moves to London and finds magic candles that make her wishes come true. This causes the island of Manhattan to separate from the continent and it floats toward England, bringing her dad closer to her. So far it's not known whether Will Smith will play a role in the movie or not. We will keep you posted.
Posted by DEZMOND at 9:33 PM