STARZ WILL AIR "THE PILLARS OF THE EARTH" THIS SUMMER

It was just announced that Starz Entertainment will air the $40 million series "The Pillars of the Earth" in the U.S.A. The ground-breaking eight-hour television adaptation of Ken Follett's bestselling novel will be broadcast this summer. 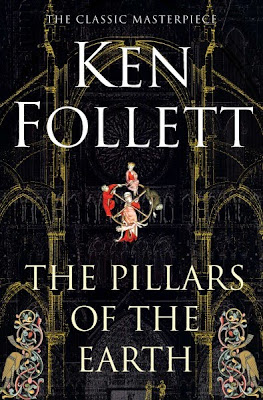 Starring Ian McShane, Rufus Sewell, Matthew Macfadyen, Donald Sutherland ... "The Pillars of the Earth" is a sweeping epic of good and evil, treachery and intrigue, violence and beauty, a sensuous, spirited story set against war, religious strife and power struggles which tear lives and families apart in 12th Century England. In that time, there rises a magnificent Cathedral in Kingsbridge. Against the backdrop, love-stories entwine: Tom, the master builder, Aliena, the noblewoman, the sadistic Lord William, Philip, the prior of Kingsbridge, Jack, the artist in stone work and Ellen, the woman from the forest who casts a curse...
Ken Follett's book, first published in 1989, has sold more than 14 million copies worldwide and has been published in more than 30 languages. You can read more about the plot and the actors in HOLLYWOOD SPY's previous story on this series.
Posted by DEZMOND at 9:50 PM