IT'S OFFICIAL: HBO'S "ROME" IS GETTING A FEATURE FILM

Our suffering is finally over: after years of rumors it is now official - "Rome", which many believe was the best historical show ever, will get its feature film. "Entertainment Weekly" has just released new details about the film finally moving forward: 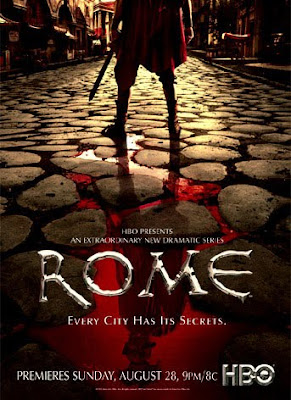 Fans of HBO's critically-beloved (but short-lived) series "Rome" may not have seen the last of Vorenus and Pullo. Multiple sources have confirmed to EW that a big-screen sequel to the sword-and-sandals series is well underway. "Rome" creator/ executive Bruno Heller - who went on to create CBS's hit "The Mentalist" - has finished a script for Morning Light Productions, which financed the development and will produce the film. Series stars Kevin McKidd (Lucius Vorenus) and Ray Stevenson (Titus Pullo) will likely sign onto the movie, which picks up in Germany four years after the series ended. The next step for Morning Light is to find a director and a studio, since HBO Films won't be involved.
As you remember "Rome" aired from 2005-07 dealing with wars, battles, political and social intrigues, sex, love and friendship in the ancient empire. Many actors have continued successful careers after starring in this show: McKidd, Stevenson, James Purefoy, Polly Walker, Ciaran Hinds, Simon Woods...
Posted by DEZMOND at 9:04 PM