GUY RITCHIE DOING "EXCALIBUR" IN THE TONE OF "STAR WARS"!!!

Since Bryan Singer's plans to do a remake of John Boorman's "Excalibur" for Warner Brothers have slowed down since he has many other projects to finish and start before that one, the studio has decided to develop a totally different version of "Excalibur". According to "Pajiba", believe it or not, the director will be Guy Ritchie: 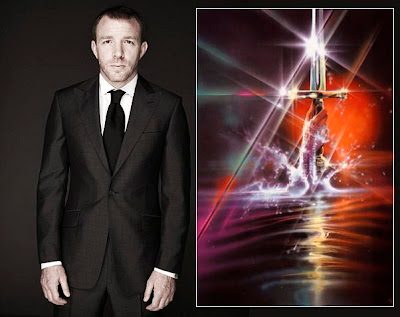 While Singer's version is closer to a remake of the Boorman film, Ritchie's possible take is more in the tone of "Star Wars", and, as Warren Ellis (the writer) noted last year, his version differs from the prior King Arthur movies in many ways, but perhaps most obviously in that it is very specifically about the gathering of the Knights.
Rirchie's project will obviously get into production first since Singer has many big movies ahead of him: "X-Men: First Class", a "Battlestar Galactica" film and "Jack the Giant Killer".
Posted by DEZMOND at 9:27 PM